Garland is a city in the U.S. state of Texas. It is located northeast of Dallas and is a part of the Dallas–Fort Worth metroplex. It is located almost entirely within Dallas County, except a small portion located in Collin and Rockwall counties. At the 2010 census, the city had a population of 226,876. In 2019, the population rose to 239,928, making it the 93rd-most populous city in the United States of America and the 12th-most populous city in Texas. Garland is second only to the city of Dallas in Dallas County by population and has easy access to downtown Dallas via public transportation including two Dart Blue Line stations and buses. 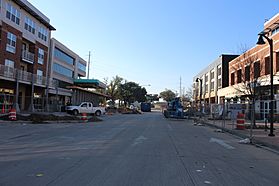 Immigrants began arriving in the Peters colony area around 1850, but a community was not created until 1874. Two communities sprang up in the area: Embree, named for the physician K. H. Embree, and Duck Creek, named for the local creek of the same name. A rivalry between the two towns ensued as the area began to grow around the Santa Fe Railroad depot. Eventually, to settle a dispute regarding which town should have the local post office, Dallas County Judge Thomas A. Nash asked visiting Congressman Joe Abbott to move the post office between the two towns. The move was completed in 1887. The new location was named Garland after U.S. Attorney General Augustus Hill Garland. Soon after, the towns of Embree and Duck Creek were combined, and the three areas combined to form the city of Garland, which was incorporated in 1891. By 1904, the town had a population of 819 people.

In 1920, local businessmen financed a new electrical generator plant (sold by Fairbanks-Morse) for the town. This later led to the formation of Garland Power and Light, the municipal electric provider that still powers the city today.

On May 9, 1927, a devastating F4 tornado struck the town and killed 15 people, including the former mayor, S. E. Nicholson.

Businesses began to move back into the area in the late 1930s. The Craddock food company and later the Byer-Rolnick hat factory (now owned by Resistol) moved into the area. In 1937, KRLD, a major Dallas radio station, built its radio antenna tower in Garland, and it is operational to this day. During World War II, several aircraft plants were operated in the area, and the Kraft Foods company purchased a vacant one after the war for its own use. By 1950, the population of Garland exceeded 10,000 people. From 1950 to 1954, though, the Dallas/Garland area suffered from a serious and extended drought, so to supplement the water provided by wells, Garland began using the water from the nearby Lake Lavon. The suburban population boom that the whole country experienced after World War II also reached Garland by 1960, when the population nearly quadrupled from the 1950 figure to about 38,500. By 1970, the population had doubled to about 81,500. By 1980, the population reached 138,850. Charles R. Matthews served as mayor in the 1980s; he was later a member of the elected Texas Railroad Commission.

In the 2000s, Garland added several notable developments, mostly in the northern portion of the city. Hawaiian Falls waterpark opened in 2003. (Garland formerly had a Wet 'n Wild waterpark, which closed in 1993). The Garland Independent School District's Curtis Culwell Center (formerly called the Special Events Center), an arena and conference facility, opened in 2005. Later that year, Firewheel Town Center, a Main Street-style outdoor mall, owned by Simon Property Group, opened in October 2005. It has over 100 business and includes an AMC theater. In 2009, the city, in conjunction with the developer Trammell Crow Company, finished a public/private partnership to develop the old parking lot (the land between 5th Street, 6th Street, and on the north side of Austin Street) into a new mixed-use, transit-oriented development named 5th Street Crossing. Catercorner to both City Hall and the downtown DART Rail station, the project consists of 189 residential apartment units, 11,000 square feet (1,000 m2) of flex retail, and six live-work units.

The southeast side of Garland suffered a major blow on the night of December 26, 2015 after a large EF4 tornado struck the area, moving north from Sunnyvale. At least eight fatalities were confirmed in the city from this event.

The racial and ethnic makeup at 2018's census estimates were 27% non-Hispanic White, 14% African American, 0.7% American Indian or Alaska Native, 12.4% Asian, 0.5% some other race, 1.7% two or more races, and 43.2% Hispanic or Latin American of any race. Within the local Hispanic or Latino demographic, the largest nationality were Mexican Americans (34.2%). Puerto Ricans made up the second largest single Latin group (0.5%) followed by 42 Cuban Americans and 8.5% other Hispanic and Latin Americans.

As of 2000, 12% of the foreign-born population of Garland originated from Vietnam. Two strip-style shopping malls along Walnut Street cater to Vietnamese people, and a community center as of 2009 hosts first-generation Vietnamese immigrants. According to the 2010 U.S. Census, Garland has the 16th-largest number of Vietnamese Americans in the United States.

The majority of Garland's local population are affiliated with a religion, being part of the largest Christian-dominated metropolitan area in the United States. As of 2020, the Catholic Church is the largest single Christian denomination in the city and wider Dallas–Fort Worth–Arlington metropolitan statistical area. Garland's Catholic population is served by the Roman Catholic Diocese of Dallas, one of the largest jurisdictions of the Catholic Church in the United States.

Following, Baptists were the second-largest Christian denomination, and the largest Protestant group in the city limits. Baptists are traditionally divided among the Southern Baptist Convention, National Baptists (USA and America) and Texas Baptists. The third largest Christian denomination in the city of Garland are Methodists. Other prominent Christian denominations were the Church of Jesus Christ of Latter-Day Saints, Pentecostalism, Lutheranism, Presbyterianism, and Episcopalianism. An estimated 12.2% of the total religious population professed another Christian faith. The largest non-Christian religion according to Sperling's BestPlaces was Islam, followed by Judaism and the eastern religions including Buddhism, Sikhism, and Hinduism. 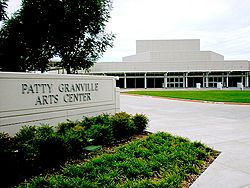 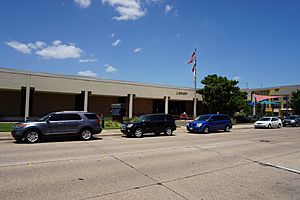 On May 9, 1927, a tornado destroyed much of the city and killed 17 people, including a former mayor, S. E. Nicholson. Six years later, the Nicholson Memorial Library opened in his honor.

The Nicholson Memorial Library System is also the Major Resource Center, or headquarters, of the Northeast Texas Library System (NETLS). NETLS serves a 33-county area that includes 105 member libraries. The NETLS headquarters and offices have been housed in NMLS' Central Library since 1983.

In the late 1930s, the Craddock food company, which manufactured pickles, moved to town. In 1937, the KRLD (Dallas) radio tower was constructed in Garland. During World War II, several aircraft plants operated in the Garland area. After the war, Kraft Foods bought the Continental Motors Plant to retool for its manufacture. The Kraft plant still operates to this day. As a station on two railroads, Garland was a major onion-shipping point in the 1940s.

Resistol Hats in Garland is a notable manufacturer of premium hats, many of which have been worn by or given to notable figures around the world. The company has long been an important part of Garland's manufacturing base. The company was founded by E.R. Byer and Harry Rolnick, who established Byer-Rolnick in Dallas in 1927. At the time, the company produced men's felt hats. The company used the name "Resistol Hats" to indicate that the hats could "resist-all" weather conditions. Some accounts contend the name was given because the headbands in the company's hats were more resistant to scalp oil. The growing firm needed to expand. In 1938, it moved to a larger facility in Garland, where Resistol hats continue to be manufactured today. For decades, residents surrounding the hat factory could set their clocks to its whistle.

In the early 1980s, Garland had one of the lowest poverty rates of cities in the country. In 1990, it had a population of 180,650 and 2,227 businesses, making it Dallas County's second-largest city and the 10th-largest in the state. Today, Garland had a variety of industries, including electronics, steel fabrication, oilfield equipment, aluminum die casting, hat manufacture, dairy products, and food processors. 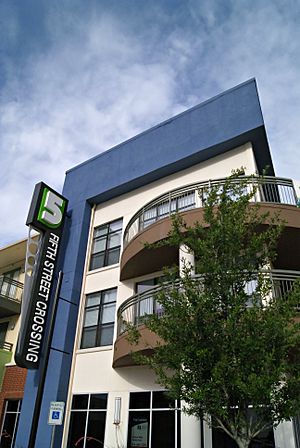 According to the City of Garland's Economic Development Partnership website, the top employers in the city are:

Garland has lost many of their major employers over the last few years. Raytheon moved to Richardson, Baylor Scott and White closed (but later opened as a VA hospital), L3 Technologies closed, as did many others. 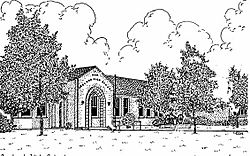 The more than 100-year-old Garland High School: This lineart graphic displays the historic front of the high school that faces South Garland Ave in the Downtown Garland District.

The GISD does not have school zoning, so GISD residents may apply to any GISD school.

For a private Christian school option, hundreds of families have chosen for their children to attend Garland Christian Academy, which was founded in 1972. The city also has a Pre-K–12 Islamic school, Brighter Horizons Academy. 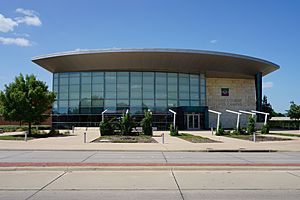 The city of Garland has a lower than average percentage of households without a car. In 2015, 4.6 percent of Garland households lacked a car, and that figure was virtually unchanged in 2016 (4.4 percent). The national average was 8.7 percent in 2016. Garland averaged 2.04 cars per household in 2016, compared to a national average of 1.8. According to the American Community Survey for 2016 (5-year average), 78.8 percent of Garland residents commuted by driving alone, 13.1 carpooled, 2.5 used public transportation, and .9 percent walked. About 1.3 percent of Garland residents commuted to work by bicycle, taxi, motorcycle, or some other means, while 3.5 percent worked out of the home.

A Kansas City Southern track runs parallel to State Highway 78 (Garland Road and Lavon Drive), coming out of Dallas and heading all the way through the other side of Garland towards Wylie. There is also a Dallas, Garland and Northeastern Railroad line serving industries around the city.

The city of Garland owns the Garland/DFW Heloplex. The facility was the first municipal heliport in Texas when it opened in November 1989. Located at 2559 S. Jupiter Road, the heliport is operated by SKY Helicopters Inc., which was initially awarded a lease of the facility in January 1993.

Garland is an original member city of the North Texas Municipal Water District (NTMWD). The vision of the city fathers in the early 1940s resulted in Garland and its companion member cities benefitting from reliable, high quality, affordable water from the water district's many reservoirs.

The effluent from Garland's wastewater treatment plant flows through a NTMWD man-made, 1,840-acre (7.4 km2) wetland. This provides a natural habitat for a wide variety of birds and reduces the sediment, nitrogen, and phosphorus contents of the water to a drinkable level. Through the use of selected aquatic plants, this environmentally friendly project will provide millions of gallons of reusable water and reduce the environmental impact. 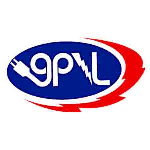 GP&L was founded in 1923 to provide Garland residents not-for-profit public utility services, locally controlled by its citizens. GP&L provides services to over 69,000 customers, making it the fourth-largest municipal utility in Texas and the 41st-largest in the nation. It has two gas-fired generating plants, which combined have 640 megawatts of generation capacity. In addition, Garland partners with the Texas Municipal Power Agency, which operates the 462-megawatt coal-fired Gibbons Creek Power Plant. Garland's electric distribution system has 1,007 mi (1,621 km) of overhead lines and 1,000 mi (1,600 km) of underground lines. Its transmission system consists of 23 substations and 133 mi (214 km) of transmission lines. Garland's peak load for 2007 was 483 megawatts, with annual operating revenues of nearly $238 million.

All content from Kiddle encyclopedia articles (including the article images and facts) can be freely used under Attribution-ShareAlike license, unless stated otherwise. Cite this article:
Garland, Texas Facts for Kids. Kiddle Encyclopedia.