The Taino indigenous people, originating in South America, settled on the island between 4000 and 1000 BC. When Christopher Columbus arrived in 1494, there were more than 200 villages ruled by caciques (chiefs of villages). The south coast of Jamaica was the most populated, especially around the area now known as Old Harbour. Its Taíno name was Xaymaca, meaning "Land of Wood and Water" or the "Land of Springs".

Christopher Columbus, during his second voyage to the Americas, claimed Jamaica for Spain after landing there on 5 May 1494 and his probable landing point was Dry Harbour, now called Discovery Bay. St. Ann's Bay was named "Saint Gloria" by Columbus, as the first sighting of the land.

In 1503, during his fourth voyage, Columbus had to spend one year on the northern coast of the island, and he named the island Isla de Santiago.

In 1509, the new Governor of the Hispaniola, sent 70 men to Jamaica to complete the conquest of that island. They first lived in the St. Ann's Bay area and soon founded a town, Sevilla La Nueva (in English, "The New Seville"). Sevilla was abandoned around 1524 because it was deemed unhealthy. The capital was moved to Spanish Town, then called Saint Jago de la Vega, in the south around 1534. 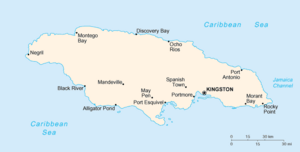 A map of Jamaica

In 1654 Oliver Cromwell decided to break the Spanish control of the West Indies and he sent a fleet in an expedition) led by William Penn and General Robert Venables. The fleet arrived to the Santo Domingo island on 13 April 1655 but the British lost in two battles on 17 and 25 April and they decided to move to Jamaica.

On 10 May 1655, Penn and Venables led a successful attack on Jamaica. The Spanish surrendered to the English, freed their slaves and then fled to Cuba. It was this set of freed slaves and their descendants living in the Jamaican mountains who became known as the Maroons.

During its first 200 years of British rule, Jamaica became one of the world's leading sugar-exporting, slave-dependent colonies, producing more than 77,000 tons of sugar annually between 1820 and 1824. After the abolition of the international slave trade in 1807, the British began to "import" indentured servants to supplement the labour pool, as many freed men resisted working on the plantations. After slavery was abolished, workers recruited from India began arriving in 1845, Chinese workers in 1854. Many South Asian and Chinese descendants continue to reside in Jamaica today.

After a long period of direct British colonial rule, Jamaica gained a degree of local political control in the late 1930s, and held its first election in 1944. Jamaica got its independence in 1962, remaining a member of the Commonwealth. The Jamaican national motto is 'Out of Many One People', based on the population's multiracial roots. The motto is represented on the Coat of Arms, showing a male and female member of the Taino Indian tribe standing on either side of a shield which bears a red cross with five golden pineapples. 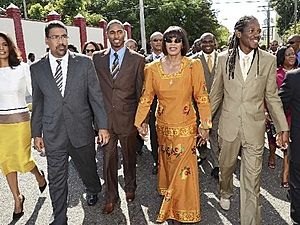 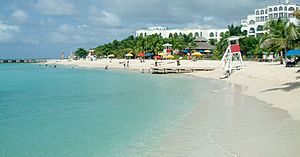 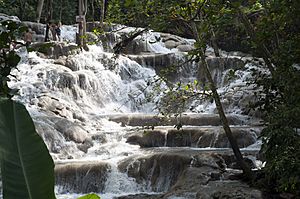 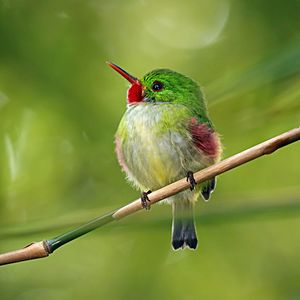 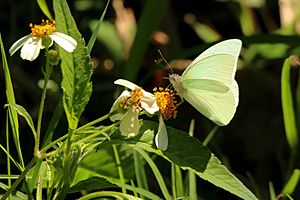 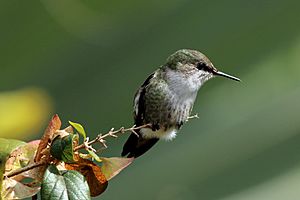 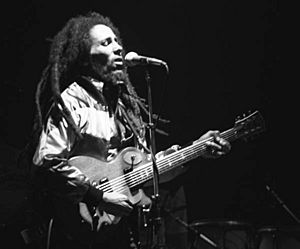 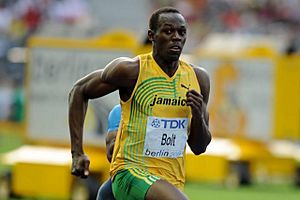 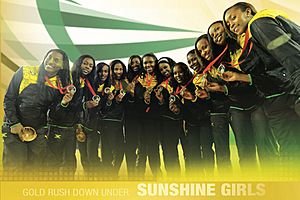 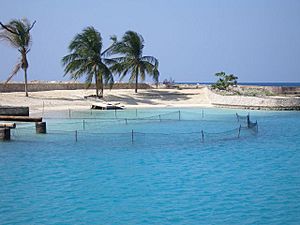 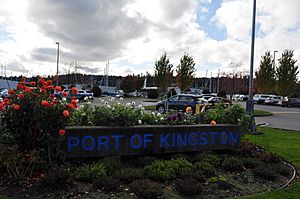