List of bus routes in London facts for kids 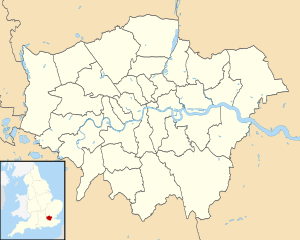 London Buses operates within Greater London, with some routes spilling into the Home Counties.

This page is a list of Transport for London (TfL) contracted London Bus routes in London, as well as private services that enter the Greater London area (except coaches).

Historically, bus routes run by London Transport were grouped by the type of service that they provided.

The 1924 London Traffic Act imposed a numbering scheme known as the Bassom Scheme, named after Chief Constable A.E. Bassom of the Metropolitan Police who made it. Changing and short lines used letter suffixes. The numbers were grouped also by the company that operated the route.

The numbering was revised in 1934 after London Transport was formed:

All routes operate in both directions unless detailed.

The majority of routes in this sequence are run for schools to reduce overcrowding on regular bus services. Their timetables are subject to short notice alteration and re-routing in accordance with school requirements. A notable exception is route 607, which is a limited stop service operating in West London, whose number is "inherited" from the period (15 November 1936 – 8 November 1960), when this route was served by trolleybuses.

These are Mobility Bus Routes. These routes provide a once a week return journey to a local shopping centre where there is no alternative route in the main bus network. The prevalence of low-floor buses across London has reduced somewhat the number of Mobility Bus services.

Night bus routes are often related to the day numerical equivalent, normally running the same route but with an extension at either end of the service. This is normally to provide a night service to destinations served by tube or train during the day.

However, in a few cases, services have a route number that has no relation to its daytime equivalent, such as the N5, which operates in a different part of London to the day route 5.

There are also 24-hour routes. Route 65 is classed as a 24-hour service, but unusually has an extension to its night service, rather than the night service being designated N65.

Other routes within the London area

These bus routes are operated with a London Service Permit issued by Transport for London, and are generally routes from towns just outside the Greater London boundary to destinations within. The exceptions are the 812, MB1 and 938, which run entirely within the boundary. Another exception is the 724, which although run by a coach company, it is a bus route.

This list shows some old routes that used to operate but do not exist anymore.

All content from Kiddle encyclopedia articles (including the article images and facts) can be freely used under Attribution-ShareAlike license, unless stated otherwise. Cite this article:
List of bus routes in London Facts for Kids. Kiddle Encyclopedia.