Epsom is the source of the Hogsmill River and includes the semi-rural Horton and Langley Vale. 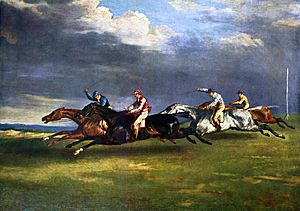 Epsom is famous for the Epsom Downs Racecourse which hosts the Epsom Derby; painting by Théodore Géricault, 1821. 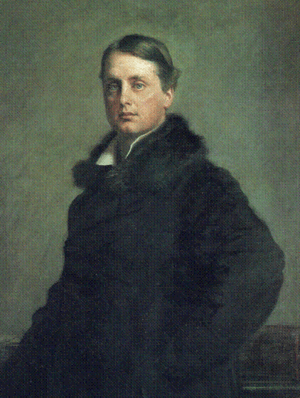 Epsom lies within the Copthorne hundred used for periodic, strategic meetings of the wealthy and powerful in Anglo Saxon England, and later having a Hundred Court. The name of Epsom is early recorded as forms of Ebba's ham (home or perhaps manor). Ebba was a Saxon landowner. Many Spring line settlements by springs in Anglo-Saxon England were founded at the foot of dry valleys such as here and Effingham, Bookham, Cheam, Sutton, Carshalton, Croydon and Bromley. A relic from this period is a 7th-century brooch found in Epsom and now in the British Museum.

Chertsey Abbey, whose ownership of the main manor of Ebbisham was confirmed by King Athelstan in 933, asserted during its Middle Ages existence that Frithwald and Bishop Erkenwald granted it 20 mansas of land in Epsom in 727. Epsom appears in Domesday Book of 1086 as Evesham, held by Chertsey Abbey. Its domesday assets were: 11 hides; 2 churches, 2 mills worth 10 shillings, 18 ploughs, 24 acres (97,000 m2) of meadow, woodland worth 20 hogs; altogether it rendered £17 per year to its overlords. The town at the time of Domesday Book had 38 households (and 6 serfs noteworthy enough to be recorded as assets), some of them in a nucleated village near the parish church of which there were two. At various dates in the Middle Ages manors were founded by subinfeudation at Epsom Court, Horton, Woodcote, Brettgrave and Langley Vale.

Under Henry VIII and Queen Mary the manor passed to the Carew then related Darcy families. It passed via the Mynne, Buckle and Parkhurst families to Sir Charles Kemys Tynte and after his death to Sir Joseph Mawbey.

By the end of the Georgian period, Epsom was known as a spa town. Remnants of this are its water pump and multiple exhibits in the town's museum. There were entertainments at the Assembly Rooms (built c. 1690 and now a pub). A green-buffered housing estate has now been built upon the wells in the south-west of the town.

Epsom salts are named after the town. Epsom salt (magnesium sulphate) was originally prepared by boiling down mineral waters which sprung at Epsom. The town's market is built on the pond that existed in the Middle Ages.

Within the centuries-old boundaries is Epsom Downs Racecourse which features two of the five English Classic horse races; The Derby and The Oaks, which were first run in 1780 and 1779 respectively. On 4 June 1913, Emily Davison, a militant women's suffrage activist, stepped in front of King George V's horse running in the Derby, sustaining fatal injuries.

The British Prime Minister and first chairman of the London County Council, Lord Rosebery, was sent down (expelled) from the University of Oxford in 1869 for buying a racehorse and entering it in the Derby − it finished last. Lord Rosebery remained closely associated with the town throughout his life, leaving land to the borough, commemorated in the names of several roads, Rosebery Park and Rosebery School. A house was also named after him at Epsom College, one of Britain's public schools in Epsom. 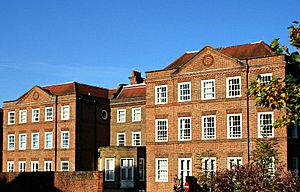 Ebbisham House, the early, central structure of which is Grade II listed 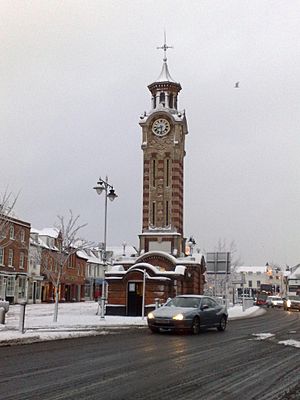 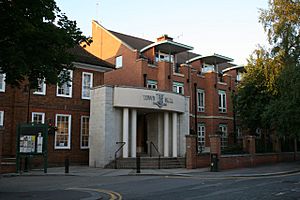 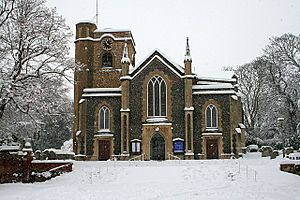 Epsom Clock Tower was built in 1847, replacing the watchhouse which stood from the 17th century, and was built to 70 feet of red and suffolk brick, with heraldic lions of Caen Stone at the four corners of the tower base. A bell was added in 1867. By 1902 the lions had been replaced by lanterns, (which were replaced by the current globe lights in 1920) and the toilet buildings added either side of the tower.

Owing partly to its position and transport infrastructure in the London commuter belt allowing easy access to the Greater London conurbation to the north and the rolling Surrey countryside to the south, the borough of Epsom and Ewell was named in August 2005 by Channel 4's Location, Location, Location as the "Best Place to Live" in the United Kingdom, and ranked at numbers 8 and 3 in subsequent years.

The Epsom Playhouse was opened in 1984 and is run by Epsom and Ewell Borough council.

The Ashley Centre, a shopping mall, was built in the early 1980s and subsequently parts of the high street were pedestrianised as part of the construction of the town's one-way system. In the 1990s, a large multiplex Odeon cinema was built in Upper High Street.

The late 1990s saw the development of the Ebbisham Centre (not to be confused with the nearby early 18th century Ebbisham House), a community service based development, including a doctors' surgery, Epsom Library, a cafe and a health and fitness centre. The Derby Square expanded and includes a number of franchise chain pubs/bars.

The University for the Creative Arts has one of its five campuses in Epsom. Laine Theatre Arts, an independent performing arts college, is based in the town. Students have included Victoria Beckham. Leisure facilities in and around the town include a leisure centre (the Rainbow Centre) on East Street; Epsom Downs Racecourse; the Odeon cinema; and the Horton Park Children's Farm.

Major employers in the town include Epsom and Ewell Borough Council and WS Atkins.

As part of Epsom and Ewell, the town is twinned with Chantilly in northern France. Epsom and Ewell was ranked in the top ten of the Halifax Quality of Life Survey 2011.

Epsom has a Non-League football club Epsom & Ewell F.C. who currently share a ground with Merstham F.C., as they sold their original ground off West Street. They are currently looking to move back into the Epsom area.

The town is bisected in two in terms of soil: the north of the town is on gravel and sand deposited around the London Clay of most of London as the Thanet Formation, whereas the south-east of the town is on uneroded chalk slopes: Epsom Downs refers to these slopes reaching up to wide plateau (on which sit the formerly water-scarce settlements: Box Hill, Walton on the Hill, Tadworth and Kingswood, Surrey) and covers 990 acres (400 ha) of what is in traditional terms and in technical terms, part of the area of the settlement, called Epsom Downs. In terms of topsoil, the northern soil is free draining, slightly acid but base-rich soils, producing extremely fertile pastures and deciduous woodland. The southern soil is of two types:

The town's clustered bulk is at 35m to 70m (above Ordnance Datum, mean sea level) and slopes incrementally from south and all other directions (to a lesser extent) towards the centre-north. The racecourse and Langley Vale parts of Epsom rise to high points of 140m and form a drainage divide between tributaries of the Thames flowing north and towards the Mole Gap south-west.

Epsom is contiguous apart from the neighbourhoods or localities below.

Horton covers the slightly elevated westernmost part of the borough. Suburban and rural, it is centred on Horton Lane, a wide road with gentle bends, 1.5 miles (2.4 km) in length with a 40 mph speed limit one of two routes between Chessington (including Hook) and the West Ewell-Epsom conurbation as an alternative route to Hook Road (the B284). It was a manor of the parish and remains a hamlet of the town as well as not qualifying for post town status. The place-name Horton is a common one in England. It derives from Old English horu 'dirt' and tūn 'settlement, farm, estate', presumably meaning 'farm on muddy soil'. Formerly around it were a group of psychiatric hospitals which served London and Surrey, forming a socially distanced community and pre-dated the United Kingdom's shift to care in the community mental health treatments which commenced in the early 20th century.

This locality is a sloped, developed network of streets, surrounded by steep farmland and the racecourse. 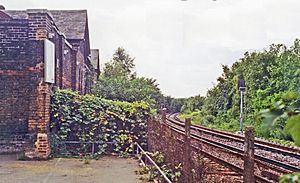 Epsom railway station has frequent rail services to London and other local towns operated by the Southern and South West Trains franchises.

The town's other station, Epsom Town, was closed in 1929; although most of the listed buildings remain. The station is of historic interest being the arrival point for Queen Victoria and her entourage prior to taking a carriage up to Epsom Downs.

Two other railway lines were built to serve the Epsom Downs Racecourse, with termini at Epsom Downs and Tattenham Corner. The Horton Light Railway was built around 1905, as a branch from the main line near Ewell West Station, to deliver building materials to the mental hospitals (see above) being built on what is now Horton Country Park.

Bus services connect Epsom to neighbouring areas and a regular service connects with the London Underground at Morden. Some bus services are commercial, some run with the support of Surrey County Council, and others under contract to London Buses. Coach company Epsom Coaches and their bus division Quality Line are based in the town.

All content from Kiddle encyclopedia articles (including the article images and facts) can be freely used under Attribution-ShareAlike license, unless stated otherwise. Cite this article:
Epsom Facts for Kids. Kiddle Encyclopedia.