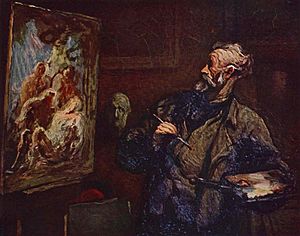 Honoré Daumier (1808–79), The Painter. Oil on panel with visible brushstrokes. 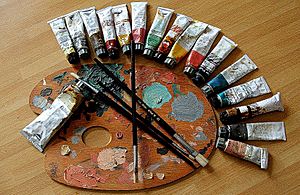 Painting is using colours to make art. It is also the word for a painted work of art. Many kinds of paints are used to create art. They include watercolors, acrylics and oils. Other artists like working with pencil or chalk. Sometimes charcoal can be used.

Famous paintings are often kept in art galleries, like the National Gallery in London and the Louvre (Paris) where one of the most famous paintings in the world hangs, the Mona Lisa, painted by Leonardo DaVinci. People do not have to go to a famous gallery to view art. There are private art galleries in many cities around the world.

There is a basic difference between drawing and painting. In drawing, a single layer is the entire image. In painting, one layer is painted over another to get the final image. As a result, most of the time the image will not be clear until it gets to the final stage.

There are four basic stages in painting: preparation, divide, layer, and touchup.

Different types of paint are usually identified by the medium that the pigment is suspended or embedded in, which determines the general working characteristics of the paint, such as viscosity, miscibility, solubility, drying time, etc.

Oil painting is the process of painting with pigments that are bound with a medium of drying oil, such as linseed oil, which was widely used in early modern Europe. Often the oil was boiled with a resin such as pine resin or even frankincense; these were called 'varnishes' and were prized for their body and gloss. Oil paint eventually became the principal medium used for creating artworks as its advantages became widely known. The transition began with Early Netherlandish painting in northern Europe, and by the height of the Renaissance oil painting techniques had almost completely replaced tempera paints in the majority of Europe. 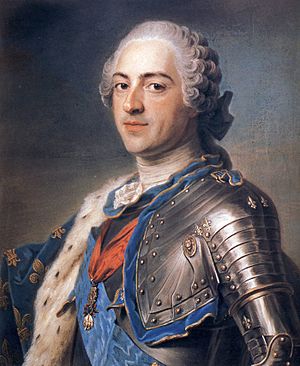 Pastel is a painting medium in the form of a stick, consisting of pure powdered pigment and a binder. The pigments used in pastels are the same as those used to produce all colored art media, including oil paints; the binder is of a neutral hue and low saturation. The color effect of pastels is closer to the natural dry pigments than that of any other process. Because the surface of a pastel painting is fragile and easily smudged, its preservation requires protective measures such as framing under glass; it may also be sprayed with a fixative. Nonetheless, when made with permanent pigments and properly cared for, a pastel painting may endure unchanged for centuries. Pastels are not susceptible, as are paintings made with a fluid medium, to the cracking and discoloration that result from changes in the color, opacity, or dimensions of the medium as it dries. 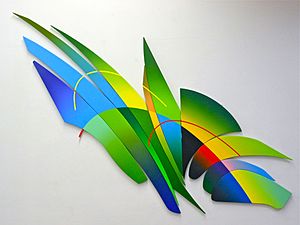 Acrylic paint is fast drying paint containing pigment suspension in acrylic polymer emulsion. Acrylic paints can be diluted with water, but become water-resistant when dry. Depending on how much the paint is diluted (with water) or modified with acrylic gels, media, or pastes, the finished acrylic painting can resemble a watercolor or an oil painting, or have its own unique characteristics not attainable with other media. The main practical difference between most acrylics and oil paints is the inherent drying time. Oils allow for more time to blend colors and apply even glazes over under-paintings. This slow drying aspect of oil can be seen as an advantage for certain techniques, but may also impede the artist's ability to work quickly. 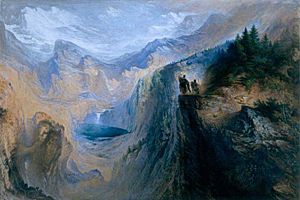 Watercolor is a painting method in which the paints are made of pigments suspended in a water-soluble vehicle. The traditional and most common support for watercolor paintings is paper; other supports include papyrus, bark papers, plastics, vellum or leather, fabric, wood and canvas. In East Asia, watercolor painting with inks is referred to as brush painting or scroll painting. In Chinese, Korean, and Japanese painting it has been the dominant medium, often in monochrome black or browns. India, Ethiopia and other countries also have long traditions. Finger-painting with watercolor paints originated in China. Watercolor pencils (water-soluble color pencils) may be used either wet or dry. 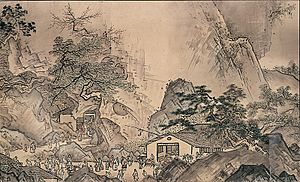 Landscapes of the Four Seasons (1486), Sesshū Tōyō. Ink and light color on paper.

Ink paintings are done with a liquid that contains pigments and/or dyes and is used to color a surface to produce an image, text, or design. Ink is used for drawing with a pen, brush, or quill. Ink can be a complex medium, composed of solvents, pigments, dyes, resins, lubricants, solubilizers, surfactants, particulate matter, fluorescers, and other materials. The components of inks serve many purposes; the ink’s carrier, colorants, and other additives control flow and thickness of the ink and its appearance when dry. 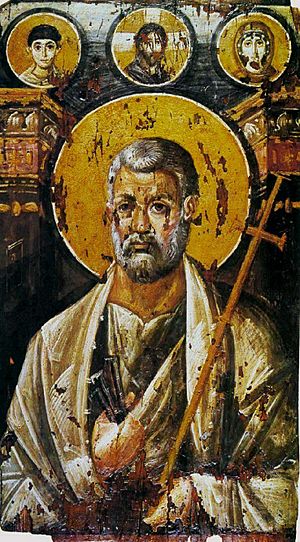 Encaustic painting, also known as hot wax painting, involves using heated beeswax to which colored pigments are added. The liquid/paste is then applied to a surface—usually prepared wood, though canvas and other materials are often used. The simplest encaustic mixture can be made from adding pigments to beeswax, but there are several other recipes that can be used—some containing other types of waxes, damar resin, linseed oil, or other ingredients. Pure, powdered pigments can be purchased and used, though some mixtures use oil paints or other forms of pigment. Metal tools and special brushes can be used to shape the paint before it cools, or heated metal tools can be used to manipulate the wax once it has cooled onto the surface. Other materials can be encased or collaged into the surface, or layered, using the encaustic medium to adhere it to the surface.

The technique was the normal one for ancient Greek and Roman panel paintings, and remained in use in the Eastern Orthodox icon tradition. 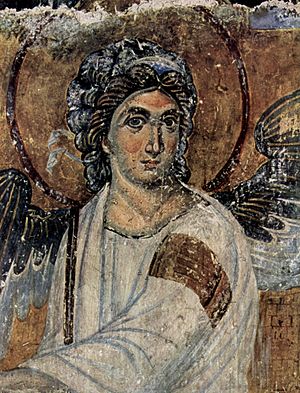 Fresco is any of several related mural painting types, done on plaster on walls or ceilings. The word fresco comes from the Italian word affresco [afˈfresːko], which derives from the Latin word for fresh. Frescoes were often made during the Renaissance and other early time periods. Buon fresco technique consists of painting in pigment mixed with water on a thin layer of wet, fresh lime mortar or plaster, for which the Italian word for plaster, intonaco, is used. A secco painting, in contrast, is done on dry plaster (secco is "dry" in Italian). The pigments require a binding medium, such as egg (tempera), glue or oil to attach the pigment to the wall.

Gouache is a water-based paint consisting of pigment and other materials designed to be used in an opaque painting method. Gouache differs from watercolor in that the particles are larger, the ratio of pigment to water is much higher, and an additional, inert, white pigment such as chalk is also present. This makes gouache heavier and more opaque, with greater reflective qualities. Like all watermedia, it is diluted with water. 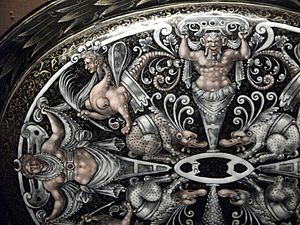 Enamels are made by painting a substrate, typically metal, with powdered glass; minerals called color oxides provide coloration. After firing at a temperature of 750–850 degrees Celsius (1380–1560 degrees Fahrenheit), the result is a fused lamination of glass and metal. Unlike most painted techniques, the surface can be handled and wetted Enamels have traditionally been used for decoration of precious objects, but have also been used for other purposes. Limoges enamel was the leading centre of Renaissance enamel painting, with small religious and mythological scenes in decorated surrounds, on plaques or objects such as salts or caskets. In the 18th century, enamel painting enjoyed a vogue in Europe, especially as a medium for portrait miniatures. In the late 20th century, the technique of porcelain enamel on metal has been used as a durable medium for outdoor murals.

Aerosol paint (also called spray paint) is a type of paint that comes in a sealed pressurized container and is released in a fine spray mist when depressing a valve button. A form of spray painting, aerosol paint leaves a smooth, evenly coated surface. Standard sized cans are portable, inexpensive and easy to store. Aerosol primer can be applied directly to bare metal and many plastics.

Speed, portability and permanence also make aerosol paint a common graffiti medium. In the late 1970s, street graffiti writers' signatures and murals became more elaborate and a unique style developed as a factor of the aerosol medium and the speed required for illicit work. Many now recognize graffiti and street art as a unique art form and specifically manufactured aerosol paints are made for the graffiti artist. A stencil protects a surface, except the specific shape to be painted. Stencils can be purchased as movable letters, ordered as professionally cut logos or hand-cut by artists.

Tempera, also known as egg tempera, is a permanent, fast-drying painting medium consisting of colored pigment mixed with a water-soluble binder medium (usually a glutinous material such as egg yolk or some other size). Tempera also refers to the paintings done in this medium. Tempera paintings are very long lasting, and examples from the first centuries CE still exist. Egg tempera was a primary method of painting until after 1500 when it was superseded by the invention of oil painting. A paint commonly called tempera (though it is not) consisting of pigment and glue size is commonly used and referred to by some manufacturers in America as poster paint.

Water miscible oil paints (also called "water soluble" or "water-mixable") is a modern variety of oil paint engineered to be thinned and cleaned up with water, rather than having to use chemicals such as turpentine. It can be mixed and applied using the same techniques as traditional oil-based paint, but while still wet it can be effectively removed from brushes, palettes, and rags with ordinary soap and water. Its water solubility comes from the use of an oil medium in which one end of the molecule has been altered to bind loosely to water molecules, as in a solution.

Digital painting is a method of creating an art object (painting) digitally and/or a technique for making digital art in the computer. As a method of creating an art object, it adapts traditional painting medium such as acrylic paint, oils, ink, watercolor, etc. and applies the pigment to traditional carriers, such as woven canvas cloth, paper, polyester etc. by means of computer software driving industrial robotic or office machinery (printers). As a technique, it refers to a computer graphics software program that uses a virtual canvas and virtual painting box of brushes, colors and other supplies. The virtual box contains many instruments that do not exist outside the computer, and which give a digital artwork a different look and feel from an artwork that is made the traditional way. Furthermore, digital painting is not 'computer-generated' art as the computer does not automatically create images on the screen using some mathematical calculations. On the other hand, the artist uses his own painting technique to create the particular piece of work on the computer.

All content from Kiddle encyclopedia articles (including the article images and facts) can be freely used under Attribution-ShareAlike license, unless stated otherwise. Cite this article:
Painting Facts for Kids. Kiddle Encyclopedia.