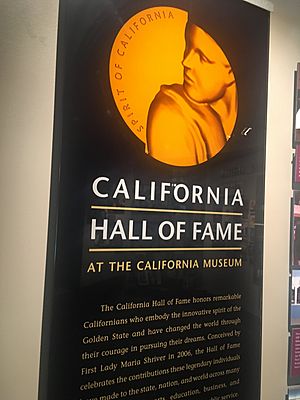 The California Hall of Fame honors individuals and families who embody California's innovative spirit and have made their mark on history. The hall and its exhibits are housed in The California Museum in Sacramento.

The hall of fame was conceived by then–California First Lady Maria Shriver, who asked her friend artist Robert Graham to design and fabricate the award. Graham was inducted in 2008, the same award is being given today. It opened in 2006 with 13 charter enshrinees.

Among the requirements, all inductees must have been a resident of California for at least five years. Furthermore, through their work and accomplishments, they should embody the spirit of California and the California Dream while also making a lasting, significant contribution to the state, nation and the world; and have inspired others to further their own dreams. 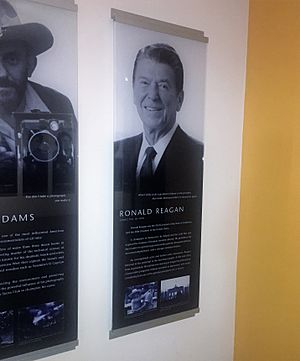 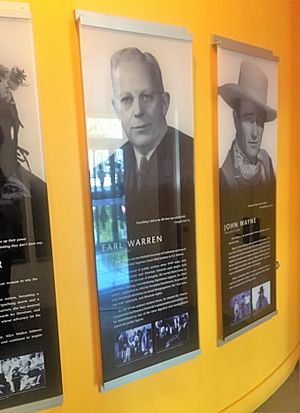 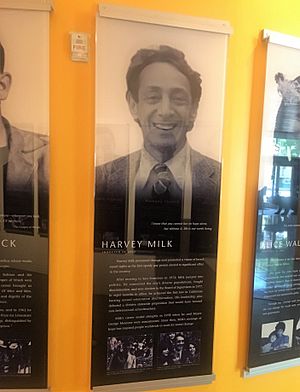 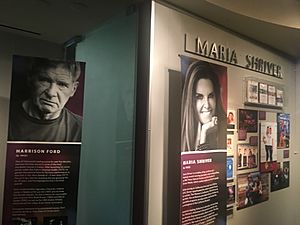 All content from Kiddle encyclopedia articles (including the article images and facts) can be freely used under Attribution-ShareAlike license, unless stated otherwise. Cite this article:
California Hall of Fame Facts for Kids. Kiddle Encyclopedia.