The Ivy League is a group of eight universities in the northeastern United States. They are among the oldest (seven were founded during America's colonial era) and most respected universities in the United States. The term has connotations of academic excellence as well as a certain amount of elitism. The Ivy League schools are sometimes affectionately referred to as "The Ancient Eight."

Ivy League schools are generally viewed as some of the most prestigious, and are ranked among the best universities worldwide by U.S. News & World Report. All eight universities place in the top fifteen of the U.S. News & World Report 2017 nation university rankings, including the top four schools and five of the top eight. U.S. News has named a member of the Ivy League as the best national university in each of the past seventeen years ending with the 2017 rankings: Princeton ten times, Harvard twice, and the two schools tied for first five times.

The members of the Ivy League are:

Ivy League universities have some of the largest university financial endowments in the world, which allows the universities to provide many resources for their academic programs and research endeavors. As of 2014, Harvard University has an endowment of $36.4 billion. Additionally, each university receives millions of dollars in research grants and other subsidies from federal and state governments. 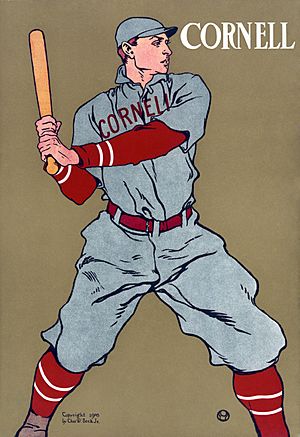 The term Ivy League was first coined informally to refer to these schools which compete in both scholastics and sports, it also refers to the formal association of these schools in NCAA Division I athletic competition. (In some sports, notably baseball and tennis, the Ivy League teams also compete against "Army" and "Navy," i.e. the United States Military Academy and the United States Naval Academy.)

The term "Ivy League" refers strictly to the original eight schools. However, the term Ivy Plus is sometimes used to refer to the eight plus Massachusetts Institute of Technology and Stanford University for purposes of alumni associations and university gatherings; however, these two schools are not part of the Ivy League.

Caswell Adams of the New York Tribune made a passing comment about the schools in 1937, referring to the ivy growing on their walls. Stanley Woodward, a fellow sports writer, coined the phrase in a column soon thereafter, informally dubbing the eight competitive universities the Ivy League, in advance of any formal sports league involving the schools.

In 1945 the athletic directors of the schools signed the first Ivy Group Agreement, which set academic, financial, and athletic standards for the football teams.

In 1954, the date generally accepted as the birth of the Ivy League, the agreement was extended to all sports. 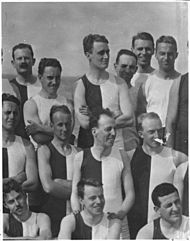 Franklin Delano Roosevelt, third from left, top row, with his Harvard class in 1904

In the Ivy League, Harvard, Yale and Princeton (aka "H-Y-P") are generally the most selective and most widely recognized in the United States for their undergraduate programs, while other universities such as University of Pennsylvania, Columbia and Cornell are notable for their higher degree programs.

Harvard and Yale are traditional rivals.

U.S. presidents in the Ivy League

Of the forty-four men who have served as President of the United States, fifteen have graduated from an Ivy League university. Twelve presidents have earned Ivy undergraduate degrees. Three of these were transfer students: Donald Trump transferred from Fordham University, Barack Obama transferred from Occidental College and John F. Kennedy transferred from another Ivy, Princeton, where he had been class of 1939. John Adams was the first president to graduate from college, graduating from Harvard in 1755.

All content from Kiddle encyclopedia articles (including the article images and facts) can be freely used under Attribution-ShareAlike license, unless stated otherwise. Cite this article:
Ivy League Facts for Kids. Kiddle Encyclopedia.