Kochi, also known as Cochin, is a major port city on the south-west coast of India bordering the Laccadive Sea. It is part of the district of Ernakulam in the state of Kerala and is often referred to as Ernakulam. Kochi is the most densely populated city in Kerala. As of 2011, it has a corporation limit population of 677,381 within an area of 94.88 km² and a total urban population of more than of 2.1 million within an area of 440 km², making it the largest and the most populous metropolitan area in Kerala.

Kochi city is also part of the Greater Cochin region and is classified as a Tier-II city by the Government of India. The civic body that governs the city is the Kochi Municipal Corporation, which was constituted in the year 1967, and the statutory bodies that oversee its development are the Greater Cochin Development Authority (GCDA) and the Goshree Islands Development Authority (GIDA).

Kochi ranks first in the total number of international and domestic tourist arrivals in Kerala. The city was ranked the sixth best tourist destination in India. In July 2018, Kochi was ranked the topmost emerging future megacity in India by global professional services firm JLL. Kochi is known as the financial, commercial and industrial capital of Kerala. 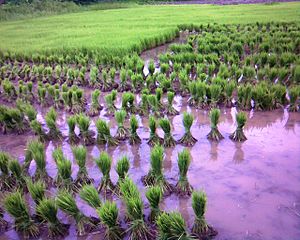 Called the "Queen of the Arabian Sea", Kochi was the centre of Indian spice trade for many centuries, and was known to the Yavanas (Greeks and Romans) as well as Jews, Syrians, Arabs, and Chinese since ancient times. 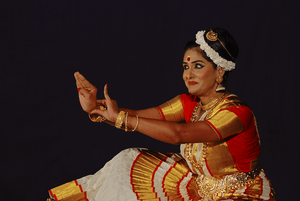 It rose to significance as a trading centre after the port Muziris around Kodungallur (Cranganore) was destroyed by massive flooding of Periyar in 1341.

Occupied by the Portuguese in 1503, Kochi was the first of the European colonies in colonial India. It remained the main seat of Portuguese India until 1530, when Goa was chosen instead.

Availability of electricity, fresh water, long coastline, backwaters, good banking facilities, presence of a major port, container trans-shipment terminal, harbour terminal and an international air terminal are some of the factors which accelerated the industrial growth in the city and its adjoining district.

In recent years the city has witnessed heavy investment, thus making it one of the fastest-growing second-tier metro cities in India. Sales tax income generated in the Kochi metropolitan area contributes heavily to state revenue.

Kochi is widely referred to as the financial and commercial capital of Kerala. Kochi is home to Cochin Stock Exchange, the only stock exchange in Kerala. Federal Bank, the fourth-largest Private-sector bank in India is located in Aluva which is a suburb of Kochi. Being a major online trading centre in the country, Kochi has a newly opened SEBI office. 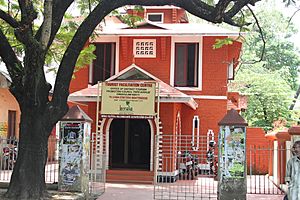 Like elsewhere in Kerala, tourism is one of the major contributors of the local economy. Ernakulam district, in which Kochi is situated, ranks first in the total number of domestic tourists visiting Kerala, and thus contributes to the economy of the city. The tourist enclave at Fort Kochi and presence of several historical monuments and museums, as well as natural attractions like the Vembanad lake and the backwaters attract large number of tourists to the city.

Presence of several leading hospitality brands have been a major source of employment for locals. The Kochi Port is one of the leading ports where international cruisers call on regularly. The city has the first marina facility in the country, Kochi Marina which attracts large number of yacht-totters. 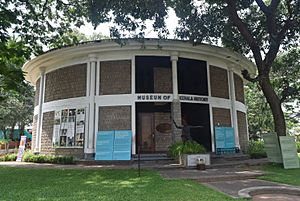 The residents of Kochi are known as Kochiites; they are an important part of the South Indian culture. However, the city's culture is rapidly evolving with Kochiites generally becoming more cosmopolitan in their outlook. The people are also increasingly fashion-conscious, often deviating from the traditional Kerala wear to western clothing.

Kochiites generally partake of Keralite cuisine, which is generally characterised by an abundance of coconut and spices. Other South Indian cuisines, as well as Chinese and North Indian cuisines are popular. Fast food culture is also very prominent. 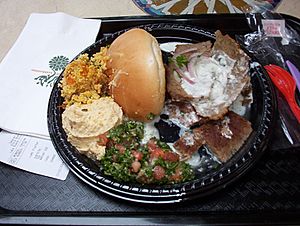 Being a tourist hotspot, Fort Kochi have a number of restaurants that offer international cuisine, like Italian, French, Mexican etc. Being close to the ocean and the backwaters, Kochi has an abundance of seafood, which reflects in the cuisine. A service known as You Buy, We Cook is available at the waterfront of Fort Kochi, where the fresh seafood purchased from the nets is cooked as per the customers needs. Arabian food joints that serve Shawarma and roasted chicken are a new addition to the fast food scene in the city.

Kochi also has a number of shopping malls including Oberon Mall, Gold Souk Grande, Bay Pride Mall, Centre Square Mall, Abad Nucleus Mall and LuLu Mall, which is the largest shopping mall in India. Various shopping malls are expected to open in the city in the near future including Forum Thomsun Mall. 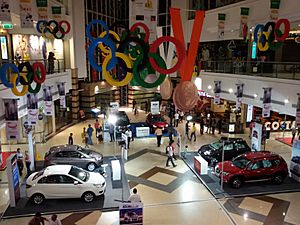 All content from Kiddle encyclopedia articles (including the article images and facts) can be freely used under Attribution-ShareAlike license, unless stated otherwise. Cite this article:
Kochi, India Facts for Kids. Kiddle Encyclopedia.