Windham County is a county located in the northeastern corner of the U.S. state of Connecticut. As of the 2020 census, the population was 116,418, making it the least populous county in Connecticut. It forms the core of the region known as the Quiet Corner.

The entire county is within the Quinebaug and Shetucket Rivers Valley National Heritage Corridor, as designated by the National Park Service.

The area that is now Windham County became of interest to the English around 1635, but went unsettled for over fifty years due to its lack of access to the shore. John Winthrop took a strong interest to this land, purchased land from the Narragansetts, and was given permission by the court of Connecticut to settle in October 1671. In 1678, a tract of land, called Joshua’s Tract (Joshua was the son of Mohegan chief Uncas), was willed to Connecticut officials, and in February 1682, it was gifted to Samuel and Daniel Mason. In 1684, 1200 acres of land was sold to Jonathan Curtis, Thomas Dudley, and Samuel, among others, by the Nipmunks.

Windham County was created from Hartford and New London counties on 12 May 1726 by an act of the Connecticut General Court. The act establishing the county states:

In May 1749, the town of Woodstock, formerly New Roxbury, Worcester County Massachusetts, was unilaterally annexed by Connecticut and assigned to Windham County. In 1785, the town of Union (incorporated in 1734) was transferred to the newly formed Tolland County. Over the next century, Windham County would lose several towns to Tolland and New London counties: Coventry to Tolland in 1786, Lebanon to New London in 1824, Columbia and Mansfield to Tolland in 1827, and Voluntown to New London in 1881. The final boundary adjustment occurred on April 7, 1885, when the boundary dispute between the towns of Windham and Mansfield was resolved. 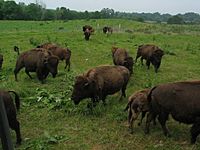 The highest point in Windham County is Snow Hill in Ashford at 1,210 feet.

Major highways through Windham County include Interstate 395, which runs north–south from the New London County line at Plainfield to the Massachusetts state line at Thompson. The southern part of I-395 is part of the Connecticut Turnpike, which branches off the interstate in Killingly and runs east–west from I-395 exit 35, to U.S. Route 6 at the Rhode Island state line.

Other north–south routes include Route 12, which parallels I-395 through many local communities, Route 169, a National Scenic Byway traveling through rural communities from the New London County line in Canterbury to the Massachusetts state line in Woodstock. Other secondary north–south roads are Routes 89, 198, 97, 21, and 49.

Windham Airport is the primary airport for the county, located 3 miles from Willimantic. Other smaller airports include Woodstock Airport and Danielson Airport.

Boroughs are incorporated portions of one or more towns with separate borough councils, zoning boards, and borough officials. Villages are named localities, but have no separate corporate existence from the towns they are in.

All content from Kiddle encyclopedia articles (including the article images and facts) can be freely used under Attribution-ShareAlike license, unless stated otherwise. Cite this article:
Windham County, Connecticut Facts for Kids. Kiddle Encyclopedia.