The 2018–19 Premier League was the 27th premier league season. Manchester City won the title while Liverpool was runner-up. Wolverhampton Wanderers, Cardiff City and Fulham joined as the promoted clubs from the 2017–18 EFL Championship. They replaced West Bromwich Albion, Swansea City and Stoke City who were relegated to the 2018–19 EFL Championship. The season started on 11 August 2018 and finished on 19 May 2019.

This season had two aviation accidents that involved people from the Premier League. On 27 October 2018, Leicester City owner Vichai Srivaddhanaprabha was killed in a helicopter crash outside the King Power Stadium, shortly after a 1–1 home draw against West Ham United and then almost three months later, on 21 January 2019, Cardiff City player Emiliano Sala, who had already agreed a deal with Cardiff City following his record signing from Nantes, died on board a Piper PA-46 Malibu aircraft that crashed off Alderney while he was going to England for completing the medical formalities.

Wolverhampton played in the Premier League for the first time since 2012.

Teams promoted to the Premier League

Teams relegated to the EFL Championship 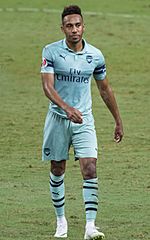 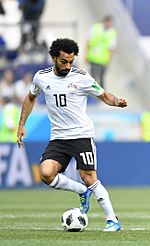 All content from Kiddle encyclopedia articles (including the article images and facts) can be freely used under Attribution-ShareAlike license, unless stated otherwise. Cite this article:
2018–19 Premier League Facts for Kids. Kiddle Encyclopedia.