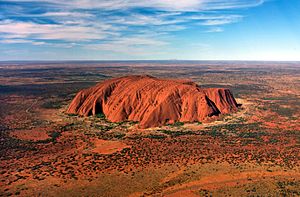 Uluru, Northern Territory, Australia, is often referred to as the biggest monolith, but that is generally avoided by geologists. While the surrounding rocks were eroded, the rock survived as sandstone strata making up the surviving Uluru 'monolith'. 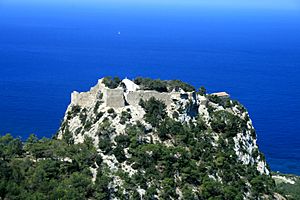 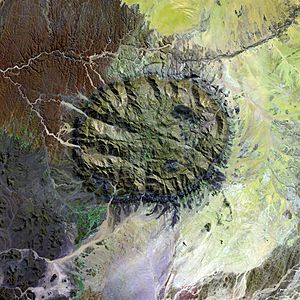 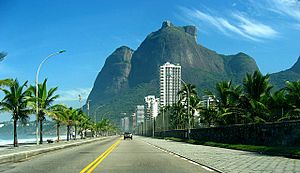 Gavea Rock, a monolith next to the sea, near Rio de Janeiro, Brazil

A monolith is a geological feature consisting of a single massive stone or rock, such as some mountains, or a single large piece of rock placed as, or within, a monument or building. Erosion usually exposes the geological formations, which are often made of very hard and solid igneous or metamorphic rock.

In architecture, the term has considerable overlap with megalith, which is normally used for prehistory, and may be used in the contexts of rock-cut architecture that remains attached to solid rock, as in monolithic church, or for exceptionally large stones such as obelisks, statues, monolithic columns or large architraves, that may have been moved a considerable distance after quarrying. It may also be used of large glacial erratics moved by natural forces.

The word derives, via the Latin monolithus, from the Ancient Greek word μονόλιθος (monolithos), from μόνος ("one" or "single") and λίθος ("stone"). 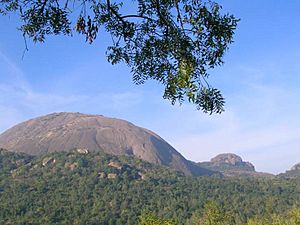 Savandurga, India, from the northern side 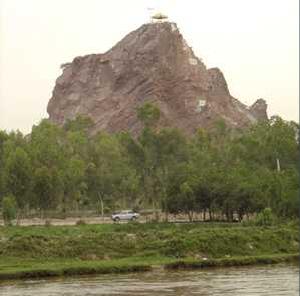 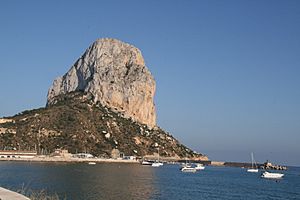 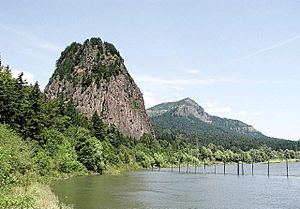 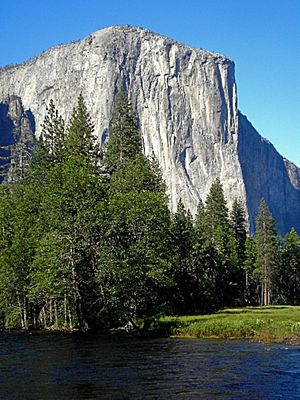 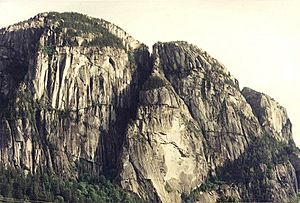 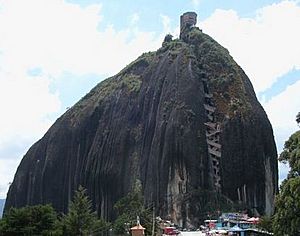 A structure which has been excavated as a unit from a surrounding matrix or outcropping of rock.

All content from Kiddle encyclopedia articles (including the article images and facts) can be freely used under Attribution-ShareAlike license, unless stated otherwise. Cite this article:
Monolith Facts for Kids. Kiddle Encyclopedia.