Kent County is a county located in the central part of the U.S. state of Delaware. As of the 2010 census, the population was 162,310. The county seat is Dover, the state capital. It is named for Kent, an English county.

Kent County is home to an Amish community that resides west of Dover.

In about 1670 the English began to settle in the valley of the St. Jones River earlier known as Wolf Creek. On June 21, 1680, The Duke of York chartered St. Jones County, which was carved out of New Amstel/New Castle County and Hoarkill/Sussex County. St. Jones County was transferred to William Penn on August 24, 1682, and became part of Penn's newly chartered Delaware Colony.

Penn ordered a court town to be laid out, and the courthouse was built in 1697. The town of Dover, named after the town of Dover in England's Kent, was finally laid out in 1717, and became the capital of Delaware in 1777. In 1787 Delaware was first to ratify the U.S. Constitution, and became "the First State." Kent County was a small grain farming region in the 18th Century. 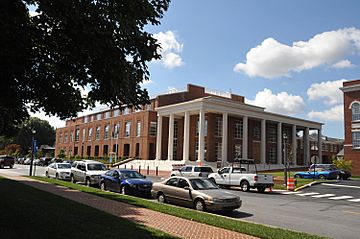 More recently, in the 1960s, Dover was the scene of the manufacturing of the spacesuits worn by NASA astronauts in the Apollo moon flights by ILC Dover, now based in the small town of Frederica. The suits, dubbed the "A7L," was first flown on the Apollo 7 mission in October 1967, and was the suit worn by Neil Armstrong and Buzz Aldrin on the Apollo 11 mission. The company still manufactures spacesuits to this day—the present-day Space Shuttle "soft" suit components (the arms and legs of the suit).

Kent County, like all of Delaware's counties, is subdivided into Hundreds. There are several explanations given for how the Hundreds were arrived at, either being an area containing 100 families, an area containing 100 people, or an area that could raise 100 militiamen. Kent County was originally apportioned into six Hundreds: Duck Creek, Little Creek, Dover, Murderkill, Milford and Mispillion. In 1867, the Delaware legislature split Murderkill Hundred into North Murderkill Hundred and South Murderkill Hundred. In 1869, the legislature formed Kenton Hundred from parts of Little Creek and Duck Creek Hundred. Today the county contains eight Hundreds. 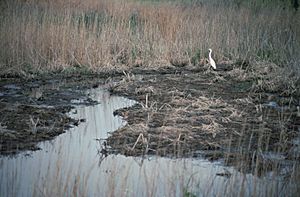 The following state highways are located in Kent County: 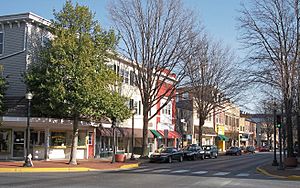 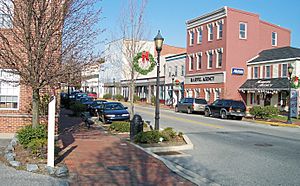 All content from Kiddle encyclopedia articles (including the article images and facts) can be freely used under Attribution-ShareAlike license, unless stated otherwise. Cite this article:
Kent County, Delaware Facts for Kids. Kiddle Encyclopedia.