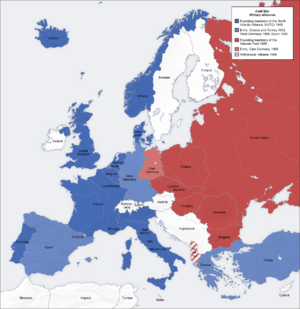 A military alliance is an alliance made with the express purpose of military matters. These alliances either promise mutual defense, mutual support

All content from Kiddle encyclopedia articles (including the article images and facts) can be freely used under Attribution-ShareAlike license, unless stated otherwise. Cite this article:
Military alliance Facts for Kids. Kiddle Encyclopedia.