Suffern is a village that was incorporated in 1796 in the town of Ramapo, Rockland County, New York, United States. Suffern is located 31 miles northwest of Manhattan. As of the 2010 census, Suffern's population was 10,723. 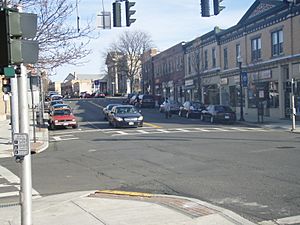 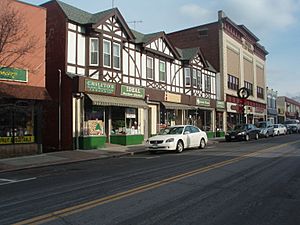 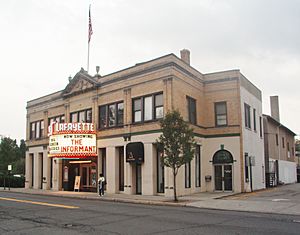 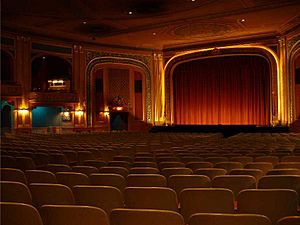 "The Point of the Mountains" or "Sidman's Clove" were names used in designating the present village of Suffern before the American Revolution. The area originally was inhabited by the Ramapough, a tribe of Munsee, who were a division of the great Lenape nation. Upon Sidman's death this land passed into the hands of his son-in-law, John Smith, who sold it to John Suffern.

The village of Suffern was founded in 1796. John Suffern, first Rockland County judge, 1798–1806, settled near the base of the Ramapo Mountains in 1773, and called the place New Antrim, after his home in County Antrim, Ireland, where his Huguenot ancestors had settled. New Antrim's location was considered strategically important in the Revolutionary War due to its location at an important crossroads near Ramapo Pass. General George Washington and other important military leaders used John Suffern's home as headquarters when they were in the area.

Suffern is part of the Washington–Rochambeau Revolutionary Route National Historic Trail under the auspices of the National Park Service. This trail commemorates the route followed by General Washington and the French comte de Rochambeau as they traveled to the siege of Yorktown, Virginia, which led to the end of America's War of Independence.

Rochambeau made encampment with his 5,000 soldiers in Suffern on August 25, 1781, on his way to Yorktown and again on September 13, 1782, as he retraced his steps to return home. An historical marker on the Washington Avenue side of the Lafayette Theatre identifies this site of "Rochambeau's Encampment 1781–1782." At the time of the encampment, this site was directly across the road from village founder John Suffern's home and tavern where the comte de Rochambeau actually stayed. The Suffern Furniture Company is now located where this house once stood.

During the war, Commander-in-Chief General Washington and his regiment made camp in the village several times. Lafayette Avenue, the main street of Suffern, is named in honor of Revolutionary War hero Marie-Joseph Paul Yves Roch Gilbert du Motier, better known as the Marquis de Lafayette.

From Suffern to Monroe was a main route of travel through the western Hudson Highlands. The main road was the Albany Post Road, one of the oldest roads in the state, which served as the stagecoach line between Albany and New York City and was heavily traveled in winter once the Hudson River froze. The 20 miles (32 km) of road through Ramapo Pass became the Orange Turnpike (now Route 17). Tolls were collected from 1800 until 1886 to maintain and improve the road. The New York State Thruway now runs through the pass. The south entrance to the town was garrisoned during the Revolution, with General Washington ordering as many as 400 soldiers to be stationed there at all times.

The first railroad line across Rockland County, the Erie Railroad, was built in 1841 and ran from Piermont to Ramapo. By 1851, the line was extended to Lake Erie, and was considered an engineering marvel. The tracks are now owned by the Norfolk Southern line. In consideration for the right-of-way given it by Judge Edward Suffern, son of founder John, to lay track across his 6 miles (10 km) of land, the Erie Railroad named their depot "Suffern's Station", and the village became known as Suffern, not New Antrim as it had been called by John Suffern.

In 1897, Avon Products, known then as California Perfume Company, built a 3,000-square-foot (280 m2) laboratory in Suffern; by 1971 the lab would grow into the 323,000-square-foot (30,000 m2) Avon Suffern Research and Development facility. In late 2005, construction was finished on a state-of-the art, 225,000-square-foot (20,900 m2) facility that would become Avon's global hub for research and development. The new building was constructed on the same site as their previous R&D facility, which was demolished for site parking.

In 1916, what would become New York State Route 59, which reached from Nyack to Spring Valley in 1915, was extended to Suffern and Ramapo Hamlet.

In 1924, the Lafayette Theatre, named for the Revolutionary War hero the Marquis de Lafayette, opened its doors.

The village of Suffern viewed from the top of Nordkop Mountain

Suffern is designated as a gateway to the Hudson River Valley National Heritage Area. 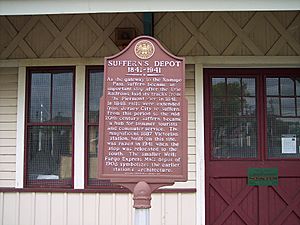 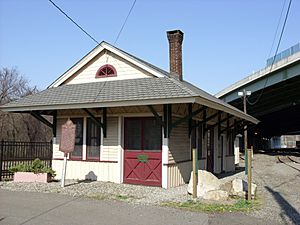 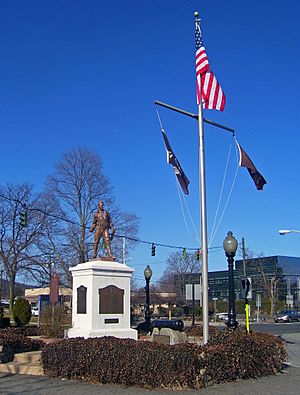 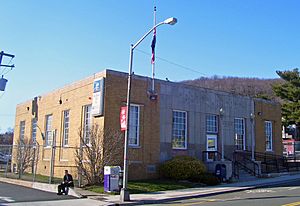 Novartis had a manufacturing facility in Suffern, employing approximately 525 workers. In January 2014, the company announced closure of this facility by 2017, citing loss of patent exclusivity on Diovan as a major factor in the decision. The facility was engaged in the "production of tablets, capsules, vials and inhalation products".

Suffern Middle School is the junior high school of the Suffern Central School District (SCSD), and is located in the village Montebello, adjacent to Suffern. The 1,200 grade 6-8 students educated there hail from Airmont, Suffern, Montebello, Hillburn, Sloatsburg and parts of Monsey.

In 2013, Cherry Lane Elementary School, located in the neighboring Village of Airmont and part of SCSD, became one of the Blue Ribbon School of Excellence Award winners awarded by the U.S. Department of Education.

Rockland Community College, part of the SUNY system, is located just outside the village limits.

All content from Kiddle encyclopedia articles (including the article images and facts) can be freely used under Attribution-ShareAlike license, unless stated otherwise. Cite this article:
Suffern, New York Facts for Kids. Kiddle Encyclopedia.