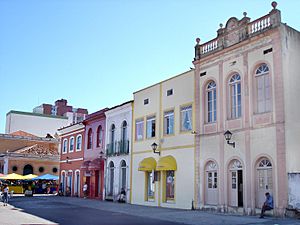 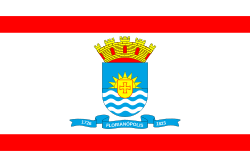 Florianópolis is a Brazilian city. It is the capital of the state of Santa Catarina. It has about 400,000 people. It has an area of 433 square kilometres (167 sq mi). It is mostly on Santa Catarina Island.

All content from Kiddle encyclopedia articles (including the article images and facts) can be freely used under Attribution-ShareAlike license, unless stated otherwise. Cite this article:
Florianópolis Facts for Kids. Kiddle Encyclopedia.