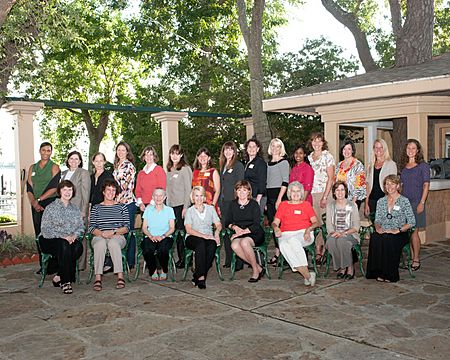 The following is a list of women who have traveled into space, sorted by date of first flight. Although the first woman flew into space in 1963, very early in crewed space exploration, it would be almost twenty years before another flew. Female astronauts went on to become commonplace in the 1980s. This list includes both cosmonauts and astronauts.

As of December 2019[update], of the 565 total space travelers, 65 have been women. There have been one each from France, Italy, South Korea, and the United Kingdom; two each from Canada, China, and Japan; four from the Soviet Union/Russia; and 50 from the United States. The time between the first male and first female astronauts varied widely by country. The first astronauts originally from Britain, South Korea, and Iran were women, while there was a two-year gap in Russia from the first man in space on Vostok1 to the first woman in space on Vostok6. The time between the first American man and first American woman in space was 22 years between Freedom 7 and STS-7, respectively. For China, this interval was almost eight and a half years between the Shenzhou 5 and Shenzhou 9 space missions, and for Italy, there was approximately twelve years between the STS-46 and Expedition 42 spaceflights.

Other astronauts and astronaut candidates

All content from Kiddle encyclopedia articles (including the article images and facts) can be freely used under Attribution-ShareAlike license, unless stated otherwise. Cite this article:
List of female spacefarers Facts for Kids. Kiddle Encyclopedia.