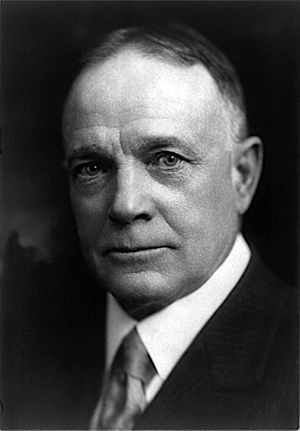 William Ashley "Billy" Sunday (November 19, 1862 in Story County, Iowa – November 6, 1935 in Chicago, Illinois) was an American athlete and religious person. He was an outfielder in baseball's National League during the 1880s. After that he became an influential American Presbyterian evangelist at the start of the 20th century.

All content from Kiddle encyclopedia articles (including the article images and facts) can be freely used under Attribution-ShareAlike license, unless stated otherwise. Cite this article:
Billy Sunday Facts for Kids. Kiddle Encyclopedia.