John Knox (c. 1513 – 24 November 1572) was a Scottish minister, theologian, and writer who was a leader of the country's Reformation. He is the founder of the Presbyterian Church of Scotland.

Born in Giffordgate, Knox is believed to have been educated at the University of St Andrews and worked as a notary-priest. Influenced by early church reformers such as George Wishart, he joined the movement to reform the Scottish church. He was caught up in the ecclesiastical and political events that involved the murder of Cardinal David Beaton in 1546 and the intervention of the regent of Scotland Mary of Guise, a French noblewoman. He was taken prisoner by French forces the following year and exiled to England on his release in 1549. 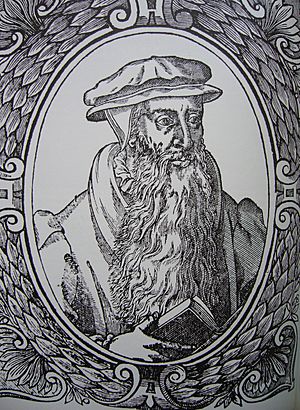 While in exile, Knox was licensed to work in the Church of England, where he rose in the ranks to serve King Edward VI of England as a royal chaplain. He exerted a reforming influence on the text of the Book of Common Prayer. In England, he met and married his first wife, Margery Bowes. When Mary Tudor ascended the throne of England and re-established Roman Catholicism, Knox was forced to resign his position and leave the country. Knox moved to Geneva and then to Frankfurt. In Geneva, he met John Calvin, from whom he gained experience and knowledge of Reformed theology and Presbyterian polity. He created a new order of service, which was eventually adopted by the reformed church in Scotland. He left Geneva to head the English refugee church in Frankfurt but he was forced to leave over differences concerning the liturgy, thus ending his association with the Church of England.

On his return to Scotland, Knox led the Protestant Reformation in Scotland, in partnership with the Scottish Protestant nobility. The movement may be seen as a revolution, since it led to the ousting of Mary of Guise, who governed the country in the name of her young daughter Mary, Queen of Scots. Knox helped write the new confession of faith and the ecclesiastical order for the newly created reformed church, the Kirk. He continued to serve as the religious leader of the Protestants throughout Mary's reign. In several interviews with the Queen, Knox admonished her for supporting Catholic practices. When she was imprisoned for her alleged role in the murder of her husband Lord Darnley and King James VI was enthroned in her stead, Knox openly called for her execution. He continued to preach until his final days. 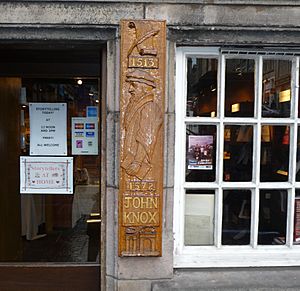 Knox's death was barely noticed at the time. Although his funeral was attended by the nobles of Scotland, no major politician or diplomat mentioned his death in their surviving letters. Mary, Queen of Scots made only two brief references to him in her letters. However, what the rulers feared were Knox's ideas more than Knox himself. He was a successful reformer and it was this philosophy of reformation that had a great impact on the English Puritans. He has also been described as having contributed to the struggle for genuine human freedom, by teaching a duty to oppose unjust government in order to bring about moral and spiritual change.

Knox was notable not so much for the overthrow of Roman Catholicism in Scotland, but for assuring the replacement of the established Christian religion with Presbyterianism rather than Anglicanism. It was thanks to Knox that the Presbyterian polity was established, though it took 120 years following his death for this to be achieved in 1689. Meanwhile, he accepted the status quo and was happy to see his friends appointed bishops and archbishops, even preaching at the inauguration of the Protestant Archbishop of St Andrews John Douglas in 1571. In that regard, Knox is considered the notional founder of the Presbyterian denomination, whose members number millions worldwide.

A bust of Knox is in the Hall of Heroes of the National Wallace Monument in Stirling.

All content from Kiddle encyclopedia articles (including the article images and facts) can be freely used under Attribution-ShareAlike license, unless stated otherwise. Cite this article:
John Knox Facts for Kids. Kiddle Encyclopedia.