St George Area (also known as St George District or St George Region) is an unofficial name applied to a group of southern suburbs in Sydney, in the state of New South Wales, Australia. The area includes all the suburbs in the local government area of Georges River Council and part of Bayside Council. The eastern boundary of the district is Lady Robinson Beach on Botany Bay.

The first inhabitants of the St George area were Australian Aborigines. At the time of the arrival of the First Fleet, the Eora tribe inhabited land from Port Jackson to Botany Bay and the Georges River. There is evidence to suggest that these people belonged to the Gweagal, Bidjigal and Cadigal clans. 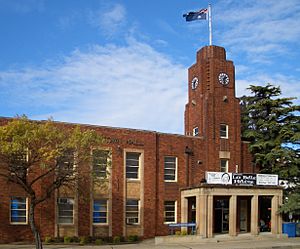 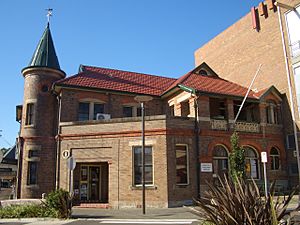 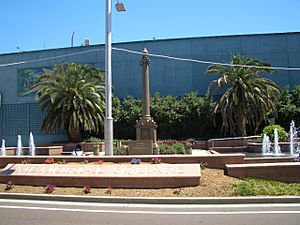 James Cook sailed the HMS Endeavour into Botany Bay in 1770 for his first landing on the continent of Australia. Captain Arthur Phillip led the First Fleet into the bay on 18 January 1788 to found a penal colony there but found the sandy infertile soil disappointing and moved the site of the settlement north to the natural harbour of Port Jackson. The ridge between the Cooks River and Georges River was covered in a dense forest which first attracted timber cutters to the area. Wood gatherers, bark collectors, sawyers and charcoal burners moved into the area to work the forests of Simeon Lord and supply Sydney’s timber needs. By the 1840s, Major Mitchell was building the Illawarra Road (now Forest Road) on the ridge through ‘Lord’s Bush’, which required enormous amounts of trees and bush to be cleared. Irishman Michael Gannon was innkeeper at Cooks River in the 1840s. He acquired land in the area, part of which became known as ‘Gannons Forest’ which later was the centre of Hurstville. By 1851 it was estimated that 50 to 100 carts of timber and lime crossed the Cooks River daily.

St George Parish was one of the original parishes within Cumberland County. There were eight other parishes named after saints; but St George and St James are the only ones which are widely known today. A map of the parish revealed that the land was cut into areas ranging from 30 to 500 acres (2.0 km2) and a few large land grants of 2,000 acres (8.1 km2). The recipients were William Packer, Josh Thorp, James Oatley, Hannah Laycock, F. W. Unwin, Reuben and David Hannam, Patrick Moore, J. Beehag, John Porter and the larger grants were James Chandler and John and Robert Townson.

The regional identity was reinforced by the creation in 1949 of a federal electorate, the Division of St George, in the area. The Division was abolished in 1993. The area's identity is maintained mostly through the St George Illawarra Dragons who play in the National Rugby League, and the St. George Bank.

Suburbs in the St George area 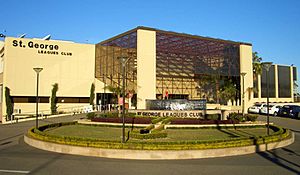 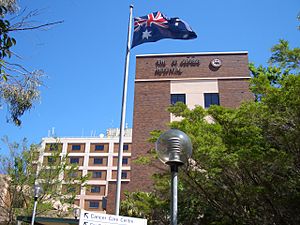 The St George area is a culturally diverse region. Major centres feature a substantial number of Asian migrants and their families, with Hurstville often being referred to as Sydney's real Chinatown in the media.

In terms of sport, the area is known as the home of the St George Illawarra Dragons, one of the most successful rugby league teams.

Several major local institutions have 'St. George' in their title:

All content from Kiddle encyclopedia articles (including the article images and facts) can be freely used under Attribution-ShareAlike license, unless stated otherwise. Cite this article:
St George (Sydney) Facts for Kids. Kiddle Encyclopedia.