There are many dishes considered part of French cuisine. Some dishes are considered universally accepted as part of the national cuisine, while others fit into a unique regional cuisine. There are also breads, charcuterie items as well as desserts that fit into these categories which are listed accordingly as well.

There are many dishes that are considered part of the French national cuisine today. Many come from haute cuisine in the fine-dining realm, but others are regional dishes that have become a norm across the country. Below are lists of a few of the more common dishes available in France on a national level. 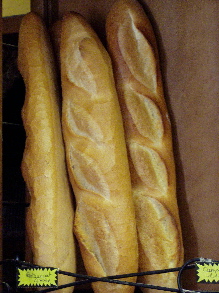 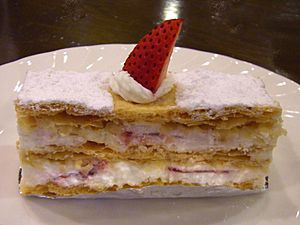 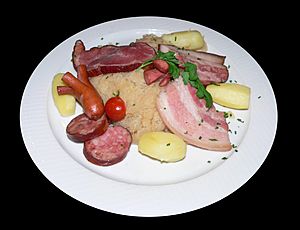 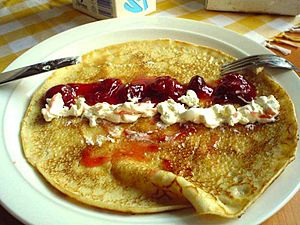 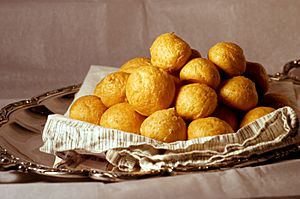 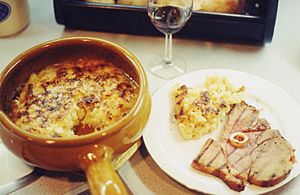 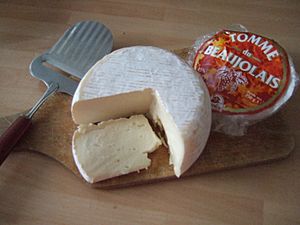 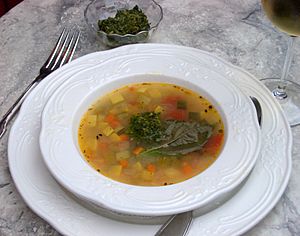 An entire foie gras (partly prepared for a terrine) 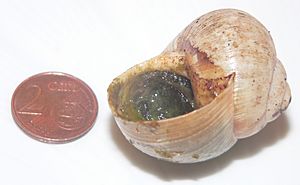 Escargot cooked with garlic and parsley butter in a shell (with a €0.02 coin as scale) 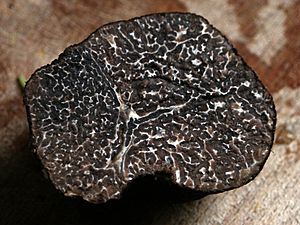 French regional cuisines use locally grown vegetables, such as:

Eggs are fine quality and often eaten as:

Fish and seafood commonly consumed include:

Herbs and seasonings vary by region and include:

Fresh fruit and vegetables, as well as fish and meat, can be purchased either from supermarkets or specialty shops. Street markets are held on certain days in most localities; some towns have a more permanent covered market enclosing food shops, especially meat and fish retailers. These have better shelter than the periodic street markets.

All content from Kiddle encyclopedia articles (including the article images and facts) can be freely used under Attribution-ShareAlike license, unless stated otherwise. Cite this article:
List of French dishes Facts for Kids. Kiddle Encyclopedia.