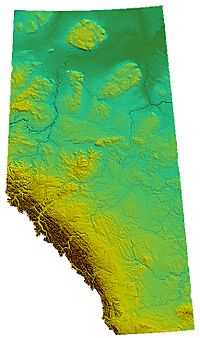 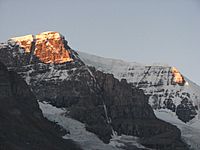 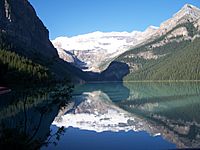 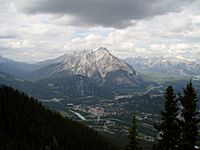 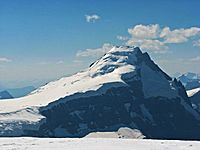 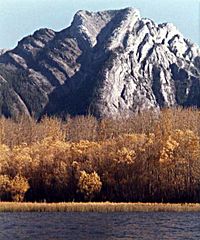 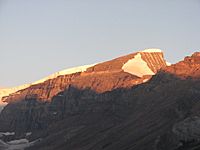 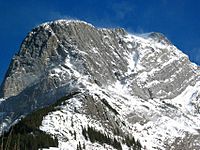 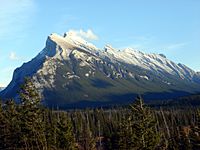 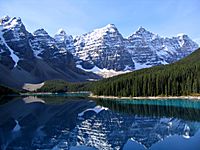 Valley of the Ten Peaks 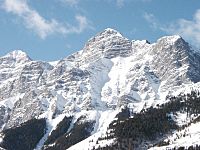 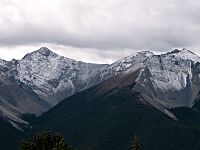 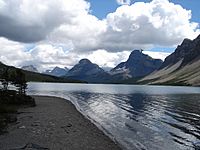 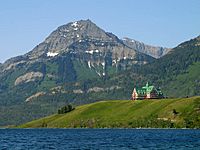 Most of Alberta's mountains are found in the south-western part of the province of Alberta on the eastern slopes of the Canadian Rockies. Other elevated spots can be found in the Caribou Mountains and the Cypress Hills.

The peaks of the Canadian Rockies are majestic, many of them reaching a height of more than three kilometres above sea level. Alberta's southwestern boundary is traced on the Continental Divide, along the high ranges of the Rocky Mountains, and many peaks are located on the Alberta–British Columbia border.

The Caribou Mountains are located in the northern extremity of Alberta, forming an elevated plateau in the northern plains and wetlands. They reach an altitude of 1,030 m, almost 700 m higher than the surrounding area.

While not considered mountains, the Cypress Hills, located in south-eastern Alberta, on the Saskatchewan border, constitute the highest terrain between the Rocky Mountains and Labrador. They reach a maximum elevation of 1,468 m, 600 m above the surrounding prairie.

The Rockies are crossed through east-west alpine passes, such as:

All content from Kiddle encyclopedia articles (including the article images and facts) can be freely used under Attribution-ShareAlike license, unless stated otherwise. Cite this article:
List of mountains of Alberta Facts for Kids. Kiddle Encyclopedia.