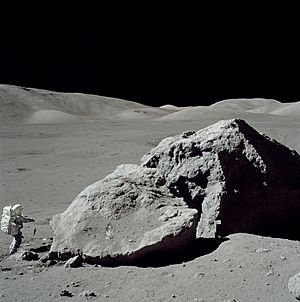 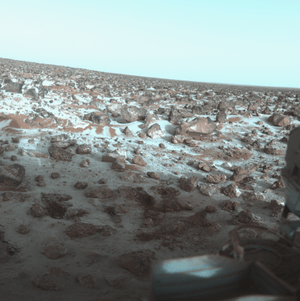 Surface of Mars as photographed by the Viking 2 lander December 9, 1977. 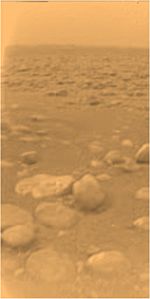 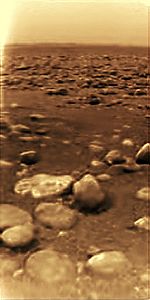 Planetary geology, alternatively known as astrogeology or exogeology, is a planetary science discipline concerned with the geology of the celestial bodies such as the planets and their moons, asteroids, comets, and meteorites. Although the geo- prefix typically indicates topics of or relating to Earth, planetary geology is named as such for historical and convenience reasons; due to the types of investigations involved, it is closely linked with Earth-based geology.

Planetary geology includes such topics as determining the internal structure of the terrestrial planets, and also looks at planetary volcanism and surface processes such as impact craters, fluvial and aeolian processes. The structures of the giant planets and their moons are also examined, as is the make-up of the minor bodies of the Solar System, such as asteroids, the Kuiper Belt, and comets.

All content from Kiddle encyclopedia articles (including the article images and facts) can be freely used under Attribution-ShareAlike license, unless stated otherwise. Cite this article:
Planetary geology Facts for Kids. Kiddle Encyclopedia.