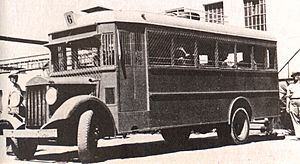 The Arab–Israeli conflict is a term used to describe the political tensions and open hostilities between the Arab countries of the Middle East and North Africa and the State of Israel. The conflict has been around since 1948.

Arab-Israeli conflict began from earlier tensions between the Arab and Jewish communities in British Mandatory Palestine, with the rise of two nationalist movements - Zionist movement among Jews and Palestinian Arab nationalism among the Arabs. The ethnic conflict in Mandatory Palestine was also a result of the collapse of the Ottoman Empire, which created tension over the division and ownership of the land. While, the land that the Jewish people saw as their historical homeland of the Land of Israel, the Pan-Arab movement saw as Palestine belonging to the Arabs and in the Pan-Islamic context, in territory regarded as Muslim lands.

The modern conflict started with the 1948 Arab-Israeli war in parallel with the creation of state of Israel by the Jews. Later, on the course of the 1948 War, the All-Palestine Government was created in Gaza Strip by the Arab League, as an Arab Palestinian state. While Israel successfully passed the 1948 war, the All-Palestine Government was relocated to Cairo in Egypt and was not allowed to return to Gaza gradually losing its importance, until completely cancelled in 1959 by the Egyptian President Nasser. In 1964, another Palestinian political organization was formed by Yasser Arafat (named Palestinian Liberation Organization), and became the most important Palestinian movement. In 1967, Arab countries and Israel fought the Six Day War, resulting in Israeli takeover of Gaza Strip and Sinai Peninsula from Egypt, West Bank from Jordan and Golan Heights from Syria. Shortly, Jordan, Egypt and PLO began a low-level War of Attrition, which lasted from 1967 to 1970 with no significant benefits to none of the sides. In 1973, another major war, the Yom Kippur War, was started by Egypt and Syria to regain the territory lost in the Six Day War, Egypt liberated part of the Sinai and Syria was pushed back to Damascus. Egypt and Israel both claimed victory and till now historians argue as to whom the victory belongs to.

Over the years, it has changed from the large-scale Arab–Israeli conflict to a more local Israeli-Palestinian conflict, though the Arab World and Israel still disagree with each other over specific territory.

All content from Kiddle encyclopedia articles (including the article images and facts) can be freely used under Attribution-ShareAlike license, unless stated otherwise. Cite this article:
Arab–Israeli conflict Facts for Kids. Kiddle Encyclopedia.