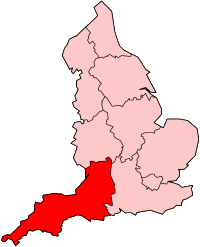 Scouting in South West England is about Scouting activities in the governmental region of South West England. The largest number of Scouts, volunteer leaders and groups are members of the Scout Association of the United Kingdom while there are some traditional Scouting groups such as the Baden-Powell Scouts' Association. The Scout Association administers the region through 7 Scout Counties, overseen by a regional commissioner, which follow the boundaries of the ceremonial counties they exist within. There are six active student associations at various universities in the region, each of which is affiliated to the Student Scout and Guide Organisation (SSAGO). 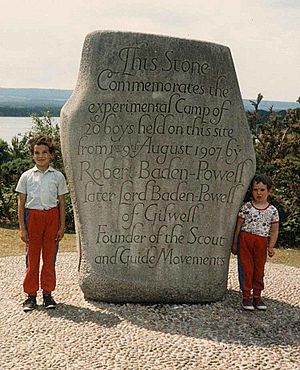 From 1 August until 8 August 1907, Lieutenant General Baden-Powell held the first experimental Scout camp for 22 boys on Brownsea Island in Poole Harbour in Dorset. The subsequent publishing of Scouting for Boys started the Scout Movement.

In 2007, 100 years after the first experimental camp, there were a number of events on Brownsea Island. During the summer, The UK Scout Association held four camps, the Patrol Leaders Camp (a gathering of Scouts from every region of the UK), the New Centenary Camp (UK Scouts of every religion, race and background) and the Replica Camp (A living Museum of the camp 100 years before). The highlight of the four camps however was the Sunrise Camp.

The Sunrise camp brought together 310 young people from 155 countries to celebrate the centenary of Scouting.

On 1 August 2007, all 28 million Scouts from around the world renewed their Scout Promise at 8am local time as part of the Sunrise Ceremony, with Brownsea Island being a focal point of the celebrations.

At the Royal Bristol Hospital for Children a special Scout Group, which allows patients at the hospital to take part in Scouting, and has been running since October 2001. Activities are catered to specific limitations of the patients, and are open to any child staying in the hospital and their siblings.

Avon Scouts is also home to Avon Scout Radio, a Scout Active Support Unit which broadcasts live from its studios in Bristol every day as well as from events around the county and further afield. Its stream is available on the web: avonscoutradio.org.uk. The team runs JOTI Radio—the official radio station of the largest worldwide Scouting event.

The administration offices covering the Avon area are at the Scouts' Camping and Activity Centre at Woodhouse Park.

The county is divided into nine Scout Districts: 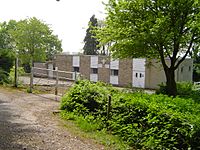 There are a number of marching bands from around the County, including the 37th Kingswood Drum & Bugle Corps and Cadet bands, both of which are currently the national champions for the British Youth Bands Association.

Cornwall Scout County is concurrent with the county of Cornwall, and provides Scouting opportunities for young people throughout the whole of the County and the Isles of Scilly. There are nearly 80 Scout Groups with nearly 5,000 members in total involved in Scouting across the County.

The County is currently divided into seven Scout District 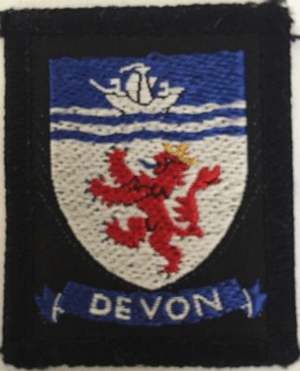 Devon Scout County is concurrent with the county of Devon

The County is currently divided into 14 Scout Districts:

Dorset Scout County is concurrent with the political county of Dorset, and provides Scouting opportunities for young people and adults in the area.

The County is currently divided into 8 Scout Districts:

The Largest District for Numbers of Groups is Bournemouth, with a total of 22 Scout Groups, the Largest for Area Covered is North Dorset, and the Most Historic is Poole District, with 2 Founder Groups included, (Broadstone & 1st Parkstone)

Brownsea Island Camp Site is Run in Partnership between Wareham and Isle of Purbeck District together with the National Trust and the Girl Guiding Movement. 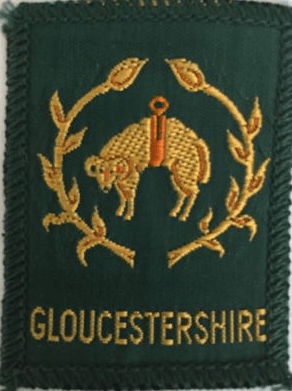 Gloucestershire Scout County is concurrent with the political county of Gloucestershire. The County Office is based at Cranham Scout Centre where it has been present since 1947. Gloucestershire also has an active Scout Network that meets in various locations around the county.

The Gloster Gladiators Scout Band of the 46th Gloucester Scout Group was formed in 1957.

The County is divided into eight Scout Districts: 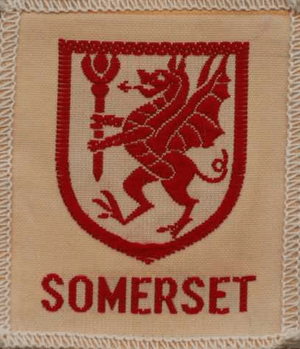 The County is divided into three Scout Districts, reduced from seven following a restructuring from April 2014.

Map of the UK highlighting the location of Wiltshire

The County is divided into eight Scout Districts:

The Baden-Powell Scouts' Association also operate a number of Scout Groups in the region.

There are seven campsites or activity centres within the Avon area:

The BP Boathouse, situated in Harbourside in Bristol, is named after a warehouse keeper, Benjamin Perry. It is used as a Water Activity and Training Centre, and is jointly owned and managed by Avon Scout County and Girlguiding Avon and South Gloucestershire.

Chelwood is a camping field owned and managed by the 1st Keynsham Scout Group, in the Wansdyke Scout District.

Cleeve Hill is the City of Bath Scout District campsite and hut just to the west of the city.

East Winds is the Bristol South Scout District campsite and hut in Brislington, near to the centre of Bristol.

Glenny Wood consists of a seasonal camping field and lodge in Portishead, North Somerset. The site is maintained by Gordano Scout District.

Mafeking Hall is located near Coalpit Heath, in the Cotswolds of South Gloucestershire. As well as the hall, there are a number of camping fields available to Scouts and Guides.

Woodhouse Park is, since 1 April 2011, a Scout Activity Centre sited in South Gloucestershire, and overlooking the Severn crossings. The site has five large camping fields, and two buildings which can be used for accommodation or training purposes. Woodhouse Park offers a large range of activities, either on site or nearby. Site hosted activities include Abseiling, Pioneering, Tracking, Climbing, Archery, and Air Rifles. Off-site activities include Sailing, Kayaking, and Caving.

There are several camp sites run by the Scout Association in Cornwall:-

There are several camp sites in Devon run by or for Scouts.

There are several camp sites in Dorset, including Brownsea Island Scout camp where Scouting started in 1907. Dorset Scout Council also own and run their own site, Buddens Scout Centre, in Wareham. Another Popular Scout Site is Butchers Coppice in Bournemouth.

Cranham Scout Centre is situated in a Cotswold valley on the edge of the village of Cranham. It is owned by the Gloucestershire Scout County of the Scout Association. It also holds the county office. It comprises a main camping area and residential accommodation. It also has a wooded valley known as Daniels Grove where there are facilities for 12 smaller "patrol" camp sites. It is adjacent to over 1,200 acres (4.9 km2) of beech woodland to which there is access for activities such as nature trails and orienteering.

Leonard Stanley Headquarters is situated on the edge of the small Cotswold village of Leonard Stanley. Within the well hedged site there is a grass area suitable for games and camping, a car park and a large headquarters. The site is surrounded by farmland on three sides, and borders a minor road.

Pennwood Scouting Centre is situated on the Cotswold Escarpment about 3 miles (5 km) South of Stroud and 3 miles North of Nailsworth.

The Bath and District Gang Show was started in 1997, and generally has a cast of about 60 Scouts and Guides. Cast only have to audition for solos, duets and sketches and any member of the Scouts or Guides prepared to give the required commitment to the show can take part. The show takes place each year at the Kingswood School Theatre, in Lansdown, Bath. In 2004, the Gang Show were awarded the Gang Show Emblem. In 2008 the show was awarded the NODA's Stage Electric's award for technical achievement. In November 2009 they performed at the Bath Male Choir concert at the Bath Forum. In December 2008 and 2009, they staged 'A Christmas Carol' and 'The Lion, the Witch and the Wardrobe' at the Rondo Theatre, Bath. Members of the team also production manage events at various international jamborees. 2012 marks their 15th Anniversary and plans are in place to stage a special performances from the 6–10 June to make these celebrations as well as a Christmas show at the Rondo in December 2012.

The Bristol Gang Show was held annually at The Bristol Hippodrome, in Bristol. In the 1930s there were two Boy Scout Revues. The Bristol Gang Show started in its current form in 1971, with a cast consisting of 85 Cubs and 59 adults, in the Victoria Rooms. It moved to the Bristol Hippodrome in 1972. In 1974 the Bristol Gang Show became Avon County Gang Show as the county of Bristol had become part of the Avon. In 1975 the show was awarded the Gang Show Emblem to wear on the red Gang Show neckerchiefs. Ralph Reader, who founded the Gang Show idea, came to see the show in 1978 and gave it much praise. In 1997 the show celebrated its Silver Jubilee, and regained its title of Bristol Gang Show. In 1999 girls were introduced into the junior cast, and now account for about half of the total junior cast. The show is no longer a Gang Show, but has become the grass roots show of Avon Scouts On Stage and is open to all Scouting members in the County.

Exeter Gang Show, also known as Exeter and District Scout and Guide Gang Show, has been performed every year in late March or April since 1983 (except 2004) at the Barnfield Theatre in Exeter. Members of the cast also participated at a Gang Show at the 1986 Westcountry Jamboree. Exeter Gang Show gained the national recognition of wearing the Red Scarf in 1987.

North Devon Gang Show in Barnstaple was started in 1980. It was awarded the Gang Show emblem in 1985.

All content from Kiddle encyclopedia articles (including the article images and facts) can be freely used under Attribution-ShareAlike license, unless stated otherwise. Cite this article:
Scouting in South West England Facts for Kids. Kiddle Encyclopedia.