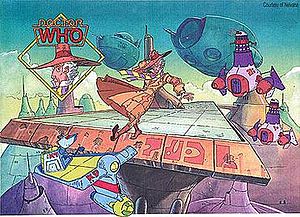 Concept art of the planned Doctor Who animated series by Nelvana 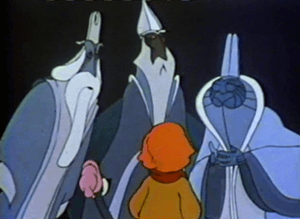 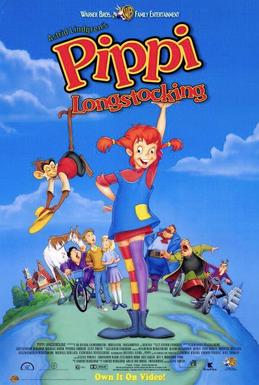 Nelvana is an animation studio. It was founded in 1971 in Toronto, Ontario, Canada by Michael Hirsh, Patrick Loubert, and Clive A. Smith. The company is now owned by Corus Entertainment. It is named after a local comic book superheroine of the 1940s.

It specialises mainly in the field of child-friendly TV shows and movies. Some of them are:

All content from Kiddle encyclopedia articles (including the article images and facts) can be freely used under Attribution-ShareAlike license, unless stated otherwise. Cite this article:
Nelvana Facts for Kids. Kiddle Encyclopedia.