A U.S. state is one of the states of the United States of America. Four states (Massachusetts, Pennsylvania, Virginia and Kentucky) use the term commonwealth because they called themselves that when the United States was first formed, but this is only tradition and they are still states.

The states are labeled with their U.S. postal abbreviations and capitals.

In addition to the states, several other areas belong to the United States: 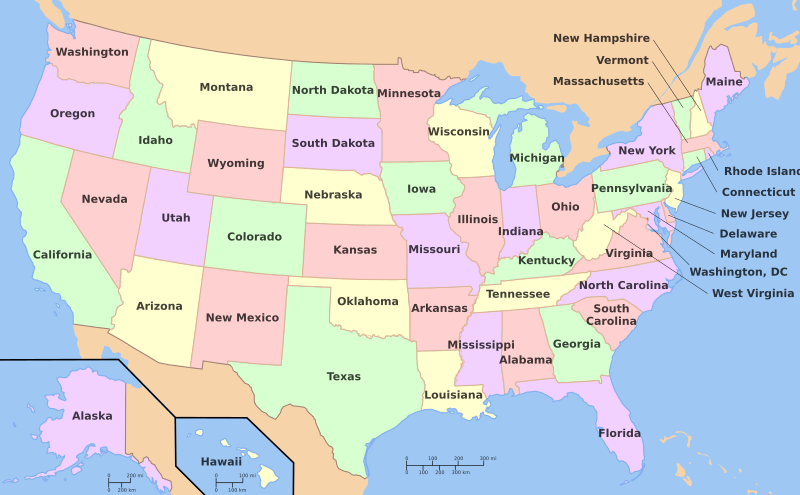