Ecology of Sydney facts for kids

In 1820s, Peter Cunningham described the western plains of Sydney as "a fine timbered country, perfectly clear of bush...without any impediment in the shape of rocks, scrubs, or close forest".

The ecology of Sydney, located in the state of New South Wales, Australia, is diverse for its size, where it would mainly feature biomes such as grassy woodlands and some sclerophyll forests, with a few pockets of mallee shrublands, subtropical and temperate rainforests (evergreen), heathlands, and wetlands. The combination of climate, topography, moisture, and soil influence the dispersion of these ecological communities across a height gradient from 0 to 200 metres (0 to 700 ft). There are many hiking trails, paved and unpaved roads for exploring the many different biomes and ecosystems.

Grassy woodlands, the most predominant biome in the Sydney region, mainly occur in the Cumberland Plain west of Sydney CBD, which generally feature eucalyptus trees that are usually in open, dry sclerophyll woodland areas with shrubs (typically wattles, callistemons, grevilleas and banksias) and sparse grass in the understory, reminiscent of Mediterranean forests. The plants in this community tend to have rough and spiky leaves, as they're grown in areas with low soil fertility. Wet sclerophyll forests, which are part of Eastern Australian temperate forests, have narrow, relatively tall, dense trees with a lush, moist understorey of fleecy shrubs and tree ferns. They are mainly found in the wetter areas, such as Forest District and the North Shore.

The Sydney Turpentine-Ironbark Forest, one of six main indigenous forest communities of Sydney, is an example of a dry sclerophyll forest, containing trees around 20–30 metres tall, with ground cover composed of flowering shrubs and native grasses. The Blue Gum High Forest, strictly found in northern parts of Sydney, is a wet sclerophyll forest example, where the annual rainfall is over 1100 mm (43 in), with its trees between 20 and 40 metres tall.

It has been calculated that around 98,000 hectares of native vegetation remains in the Sydney metropolitan area, shaping the geography of Sydney, about half of what is likely to have been existing at the time of European arrival.

For the distance of 5 mi (8.0 km) to 6 mi (9.7 km) from the coast, the land is in general extremely barren, being a poor hungry sand, thickly studded with rocks. A few miserable stunted gums, and a dwarf underwood, are the richest productions of the best part of it; while the rest never gives birth to a tree at all, and is only covered with low flowering shrubs, whose infinite diversity, however, and extraordinary beauty, render this wild heath the most interesting part of the country for the botanist, and make even the less scientific beholder forget the nakedness and sterility of the scene.

Beyond this barren waste, which thus forms a girdle to the coast, the country suddenly begins to improve. The soil changes to a thin layer of vegetable mould, resting on a stratum of yellow clay, which is again supported by a deep bed of schistus. The trees of the forest are here of the most stately dimensions. Full sized gums and iron barks, along side of which the loftiest trees in this country would appear as pigmies, with the beefwood tree, or as it is generally termed, the forest oak, which is of much humbler growth, are the usual timber. The forest is extremely thick, but there is little or no underwood.

At this distance, however, the aspect of the country begins rapidly to improve. The forest is less thick, and the trees in general are of another description; the iron barks, yellow gums, and forest oaks disappearing, and the stringy barks, blue gums, and box trees, generally usurping their stead. When you have advanced about 4 mi (6.4 km) further into the interior, you are at length gratified with the appearance of a country truly beautiful. An endless variety of hill and dale, clothed in the most luxuriant herbage, and covered with bleating flocks and lowing herds, at length indicate that you are in regions fit to be inhabited by civilized man. The soil has no longer the stamp of barrenness. A rich loam resting on a substratum of fat red clay, several feet in depth, is found even on the tops of the highest hills, which in general do not yield in fertility to the valleys. The timber, strange as it may appear, is of inferior size, though still of the same nature, i. e. blue gum, box, and stringy bark. There is no underwood, and the number of trees upon an acre do not upon an average exceed thirty. They are, in fact, so thin, that a person may gallop without difficulty in every direction.

A warm-temperate rainforest in Ku-ring-gai, which harbours palm trees. 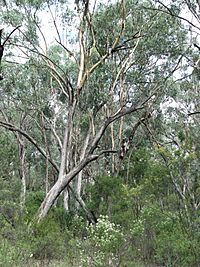 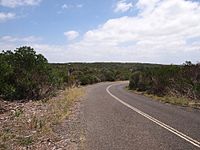 Heathland on a road in Botany Bay National Park.

A wetland in Sydney Park in the Inner West. 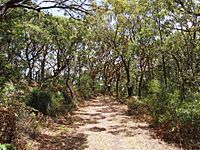 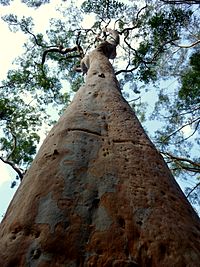 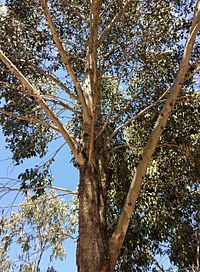 Grey box, a medium-sized to occasionally tall tree with rough, persistent bark on the lower trunk. 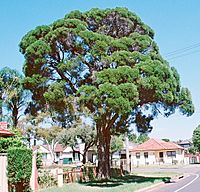 White feather honeymyrtle, a paperbark tree with lance-shaped leaves that is covered with creamy-coloured flowers in summer. 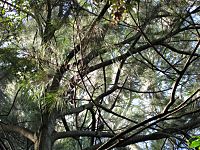 Casuarina trees are the most widespread in Sydney after the eucalyptus.

Narrow-leaved bottlebrush is a shrub which has a rigid point, and red flower spikes in late spring or early summer. 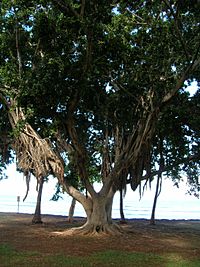 The curtain fig is one of the most common street trees in Sydney and is used as a shade tree. 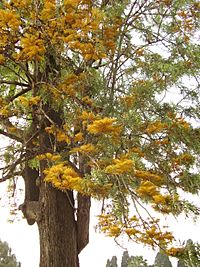 The most widespread eucalyptus species in the Sydney region include:

Common shrub species include, but are not limited to:

Introduced shrubs (most of are invasive species): 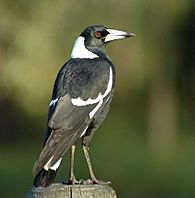 Commonly sighted in Sydney, Australian magpies are known for their distinctive, "gargling" calls. 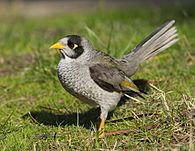 Noisy miners are ubiquitous in urban, suburban and woodland areas. 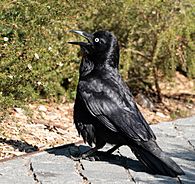 The pied currawong is a common bird in the plain and is usually seen in urban forests and backyards.

Blue-tongues are the predominant skink species in Sydney. 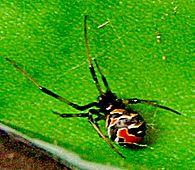 Redback spiders, which are venomous, became widespread in the urban areas by the early 20th century. 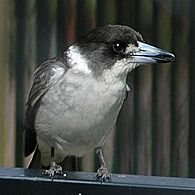 Grey butcherbirds, known for their frisky song, are found in woodlands, acacia shrublands and residential townships.

Crested pigeons are usually found in the open grasslands and wooded areas of the plain.

The spotted dove is a small, long-tailed pigeon that was introduced in Australia in the 1860s.

The snake-eyed skink is often seen on vertical surfaces such trees, fences and walls. 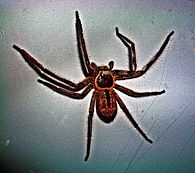 The fauna of the Sydney area is diverse and its urban area is home to variety of bird and insect species, and also a few bat, arachnid and amphibian species. Introduced birds such as the house sparrow, common myna and feral pigeon are ubiquitous in the CBD areas of Sydney. Moreover, possums, bandicoots, rabbits, feral cats, lizards, snakes and frogs may also be present in the urban environment, albeit seldom in city centers.

About 40 species of reptiles are found in the Sydney region and 30 bird species exist in the urban areas. Sydney's outer suburbs, namely those adjacent to large parks, have a great diversity of wildlife. Since European settlement and the subsequent bushland clearing for the increasing population, 60% of the original mammals are now considered endangered or vulnerable, and many reptile species are experiencing population diminution and are becoming elusive.

This list includes bird species that are widespread in the Sydney metropolitan area:

Although not commonly spotted, these birds are also present in Sydney:

This list includes mammal, reptile and amphibian species that are spotted in the Sydney urban area:

This list includes insect, spider and centipede species that are commonly present in Sydney:

All content from Kiddle encyclopedia articles (including the article images and facts) can be freely used under Attribution-ShareAlike license, unless stated otherwise. Cite this article:
Ecology of Sydney Facts for Kids. Kiddle Encyclopedia.