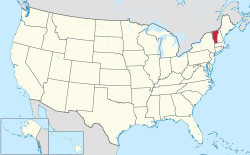 Map of the United States with Vermont highlighted

Vermont is a state located in the New England region of the northeastern United States. The state of Vermont has 255 municipalities. Of these, nine (listed below) are incorporated as cities and are independent of any surrounding towns. For example, the city of Barre is independent of the town of Barre.

Six of Vermont's 14 counties have at least one city within their borders. Five cities serve as the county seats for their respective counties and are indicated below with an asterisk (*). 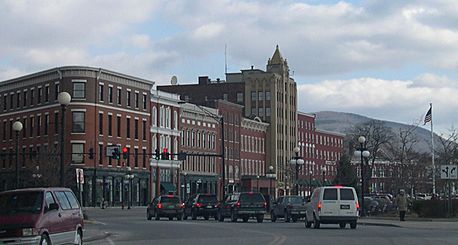 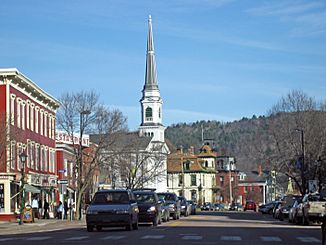 All content from Kiddle encyclopedia articles (including the article images and facts) can be freely used under Attribution-ShareAlike license, unless stated otherwise. Cite this article:
List of cities in Vermont Facts for Kids. Kiddle Encyclopedia.