This page lists every electric-powered multiple unit allocated a TOPS classification or used on the mainline network since 1948 (i.e. British Railways and post-privatisation). British Rail operated a wide variety of electric multiple units for use on electrified lines. 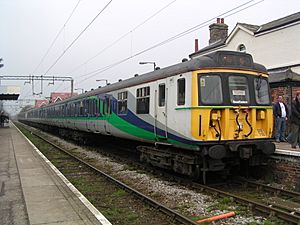 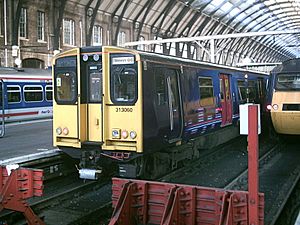 These use electrical switching devices (thyristors and transistors) and have electronic power control. 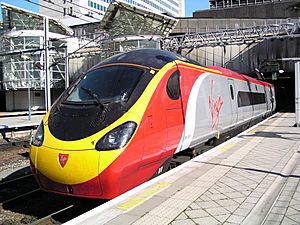 The Southern Railway and its successor, the Southern Region of British Rail, used three letter codes to classify their DC EMU fleets, as shown after the TOPS class numbers. 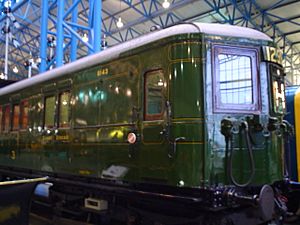 4Sub unit no. 8143 at the National Railway Museum 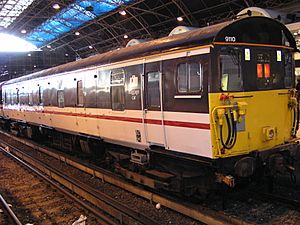 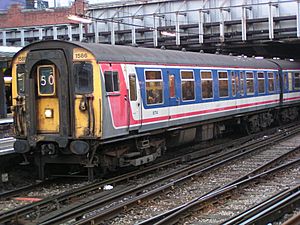 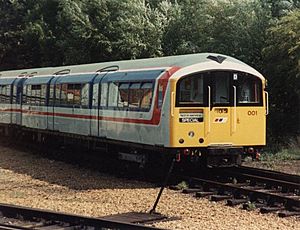 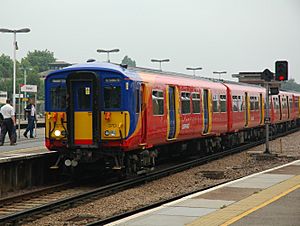 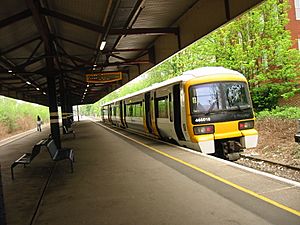 The 500 series classes were reserved for DC (third/fourth rail) EMUs not from the Southern Region. This included the DC (third/fourth rail) lines in North London, Merseyside and Greater Manchester. The DC electric network around Tyneside had been de-electrified by the time TOPS was introduced, and the stock withdrawn or transferred to the Southern Region. 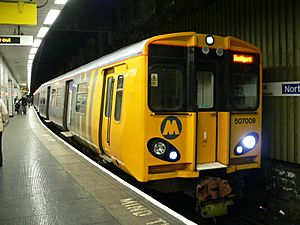 This was a one-off unit, withdrawn before the introduction of TOPS.

All content from Kiddle encyclopedia articles (including the article images and facts) can be freely used under Attribution-ShareAlike license, unless stated otherwise. Cite this article:
List of British Rail electric multiple unit classes Facts for Kids. Kiddle Encyclopedia.