The conference sends several teams to bowl games every year, including the Liberty Bowl and New Orleans Bowl.

Memphis (now a member of The American) has been the most successful men's basketball team in the conference, reaching the national championship game in 2008. (However, the NCAA later took Memphis's wins from that season away because a Memphis player, namely Derrick Rose, had not been eligible to play.) 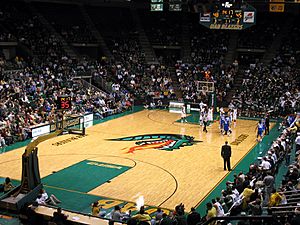 Conference USA now has 14 "full members" which play most of their sports in the league; all except Rice are public schools. Also, 13 of the 14 schools play football in the top-level Division I FBS. The one non-football member, Charlotte, only started playing football in 2013, and will join the C-USA football league in 2015.

In football only, the schools are split into East and West Divisions. This allows the division winners to play a conference championship game.

C-ISA now has three "associate members", all of which play men's soccer in the conference.

No fewer than 14 schools have left C-USA since it was founded. Most of these schools are now members of the American Athletic Conference.

In addition to the former full members, 14 other schools have been associate members in the past, but have moved their C-USA sports elsewhere. Most notably, the United States Military Academy, more often called "Army" in a sports context, was a football member from 1996 to 2005 (final C-USA season in 2004).

All content from Kiddle encyclopedia articles (including the article images and facts) can be freely used under Attribution-ShareAlike license, unless stated otherwise. Cite this article:
Conference USA Facts for Kids. Kiddle Encyclopedia.