Mercer County is a county located in the U.S. state of New Jersey. Its county seat is Trenton, also the state capital, prompting the nickname The Capital County. Mercer County alone constitutes the Trenton–Princeton Metropolitan Statistical Area and is considered part of the New York Combined Statistical Area by the United States Census Bureau, but also directly borders the Philadelphia metropolitan area and is included within the Federal Communications Commission's Philadelphia Designated Market Area. As of the 2020 United States Census, Mercer County's population was 387,340, making it the state's 12th-most populous county, an increase of 20,827 (5.7%) enumerated at the 2010 U.S. Census, when its population was enumerated at 366,513, in turn an increase of 15,752 (4.5%) from the 350,761 counted at the 2000 Census, retaining its position as the 12th-most populous county in the state.

The county was formed by an act of the New Jersey Legislature on February 22, 1838, from portions of Burlington County (including Nottingham Township), Hunterdon County (including Ewing Township, Lawrence Township, Trenton and portions of Hopewell Township), and Middlesex County (including West Windsor Township and portions of East Windsor Township). The former Keith Line bisects the county and is the boundary between municipalities that previously had been separated into West Jersey and East Jersey. It was named for Continental Army General Hugh Mercer, who died as a result of wounds received at the Battle of Princeton on January 3, 1777. The Mercer Oak, against which the dying general rested as his men continued to fight, appears on the county seal and stood for 250 years until it collapsed in 2000.

Mercer County is home to Princeton University, Princeton Theological Seminary, the Institute for Advanced Study, Rider University, Westminster Choir College, The College of New Jersey, Thomas Edison State University and Mercer County Community College. Trenton–Mercer Airport, in Ewing Township, is a commercial and corporate aviation airport serving Mercer County and its surrounding vicinity. The official residence of the governor of New Jersey, known as Drumthwacket, is located in Princeton, and is listed on both the U.S. National Register of Historic Places and the New Jersey Register of Historic Places. 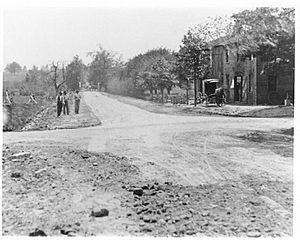 Trenton-New Brunswick Turnpike, the future US Route 1 through Mercer Country, 1904

Founded February 22, 1838, from portions of surrounding counties, Mercer County has a historical impact that reaches back to the pivotal battles of the American Revolutionary War. On the night of December 25–26, 1776, General George Washington led American forces across the Delaware River to attack the Hessian barracks in Trenton on the morning of December 26. Following the battle, Washington crossed back to Pennsylvania. He crossed a third time in a surprise attack on the forces of General Charles Cornwallis at the Second Battle of Trenton on January 2, 1777, and at the Battle of Princeton on January 3. The successful attacks built morale among the pro-independence colonists.

Mercer County has the distinction of being the famed landing spot for a fictional Martian invasion of the United States. In 1938, in what has become one of the most famous American radio plays of all time, Orson Welles acted out his The War of the Worlds invasion. His imaginary aliens first "landed" at what is now West Windsor Township. A commemorative monument is erected at Grover's Mill park.

There were 27 Mercer County residents killed during the September 11, 2001 terrorist attacks in Lower Manhattan. A 10-foot (3.0 m) long steel beam weighing one ton was given to the county by the Port Authority of New York and New Jersey in March 2011 and is now displayed at Mercer County Park.

The county is generally flat and low-lying on the inner coastal plain with a few hills closer to the Delaware River. Baldpate Mountain, near Pennington, is the highest hill, at 480 feet (150 m) above sea level. The lowest point is at sea level along the Delaware.

Mercer County houses a few limited access roads, such as Interstate 295, Interstate 195, and Interstate 95 (which is also designated along the New Jersey Turnpike). (Mercer is the only county in the state that hosts I-95 and both its auxiliary routes.) Two turnpike interchanges are located in Mercer: Exit 7A in Robbinsville and Exit 8 in East Windsor.

Interstate 95 abruptly ends at the interchange with US 1 and I-295 in Lawrence Township, and becomes I-295 south. Signs direct motorists to the continuation of I-95 by using I-295 to I-195 east to Interstate 95 / New Jersey Turnpike. This is all due in part to the cancellation of the Somerset Freeway that was supposed to go from Hopewell in Mercer County up to Franklin in Somerset County.

The 95 shields on the "Trenton section" are to re-numbered as part of I-295 when a direct interchange with Interstate 95 in Pennsylvania and Interstate 276 is built (which will not be until 2017). This planned interchange indirectly prompted another project: the New Jersey Turnpike Authority extended the 'dual-dual' configuration (inner car lanes and outer truck / bus / car lanes) to Interchange 6 in Mansfield Township, Burlington County from its former end at Interchange 8A in Monroe Township, Middlesex County. This widening was completed in early November 2014.

NJTransit's River Line connects Trenton to Camden, with three stations in the county, all within Trenton city limits, at Cass Street, Hamilton Avenue and at the Trenton Transit Center.

Mercer County's only commercial airport, and one of three in the state, is Trenton-Mercer Airport in Ewing Township, which is served by Frontier Airlines, offering nonstop service to and from points nationwide. 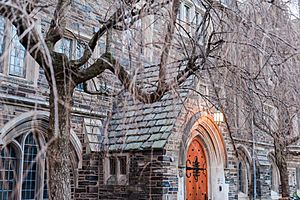 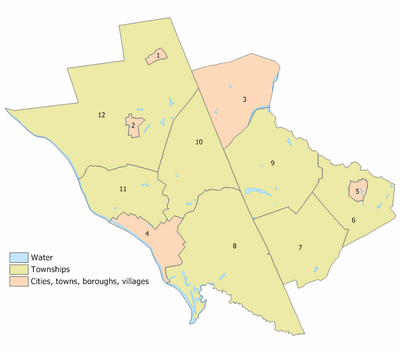 Municipalities in Mercer County (with 2010 Census data for population, housing units and area) are:

Based on data from the Bureau of Economic Analysis, Mercer County had a gross domestic product (GDP) of $28.5 billion in 2018, which was ranked 9th in the state and represented an increase of 2.3% from the previous year.

Mercer County has a number of large parks. The largest, Mercer County Park is the home for the US Olympic Rowing Team's training center.

Mercer County is also the home of the Trenton Thunder baseball team, playing in the MLB Draft League, and the Jersey Flight of the National Arena League. The Thunder were formerly the Double-A affiliate of the New York Yankees playing in the Eastern League before the 2021 Minor League reorganization. The minor league hockey team, the Trenton Titans, established in 1999 and operating as the ECHL affiliate of the NHL's Philadelphia Flyers and the AHL's Adirondack Phantoms, disbanded before the start of the 2013–14 season.

Mercer County is home to two NCAA DI schools. Rider University competes as the Rider Broncs in the MAAC. For wrestling, Rider is a member of the Eastern Wrestling League. The Princeton Tigers compete in the Ivy League.

Mercer County Community College competes as the Mercer Vikings as a member of the Garden State Athletic Conference and the National Junior College Athletic Association.

All content from Kiddle encyclopedia articles (including the article images and facts) can be freely used under Attribution-ShareAlike license, unless stated otherwise. Cite this article:
Mercer County, New Jersey Facts for Kids. Kiddle Encyclopedia.