When English people first came to the area, there was a Native American village on the spot called Nakochtank. This name survives in the name of the Anacostia River. This river was known for the healing properties of its pure water, and it is recorded that the Emperor Powhatan, who lived in what is now Richmond, Virginia, made the trip all the way to Nakochtank once for this reason. Today this river is one of the most polluted in the world.

The 1789 United States Constitution said that a capital city would be created in a district, but did not say where it should be. James Madison and others thought it should be far away from other states and cities. This way, it would be independent and not controlled by any state. In 1790, a compromise was reached and capital was placed between Virginia and Maryland. It was a square, ten miles (16 km) long on each side, and split by the Potomac River, which separated the two states. Half of the district was in Maryland and the other half was in Virginia, and the two states gave this land to the government. In 1791, it was named Washington, the District of Columbia to honor George Washington. Columbia was another name for North America. 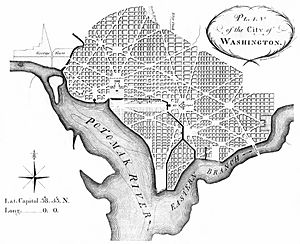 The current mayor of Washington, D.C. is Vincent C. Gray, a Democrat. 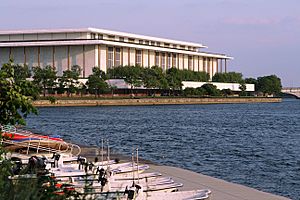 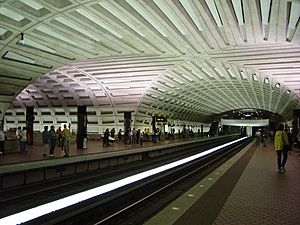 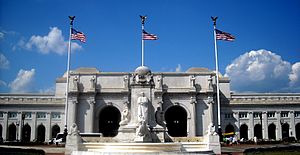