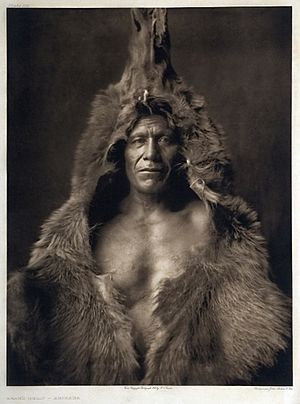 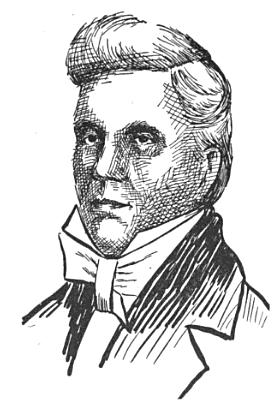 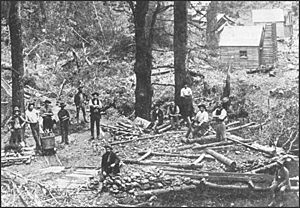 Miners in the Black Hills 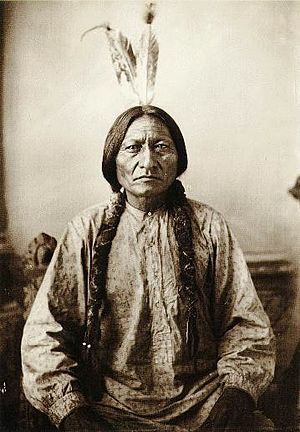 Sitting Bull, a Hunkpapa, was one of the principal Sioux leaders.

View of canyon at Wounded Knee, dead horses and Lakota bodies are visible. 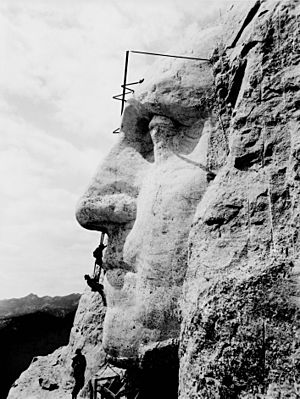 Construction of the Mount Rushmore monument 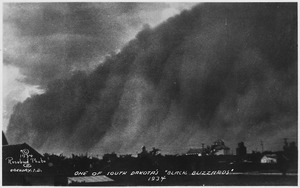 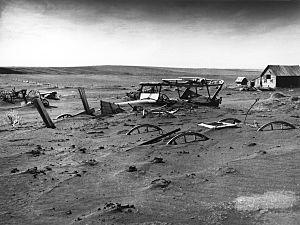 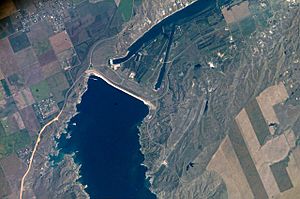 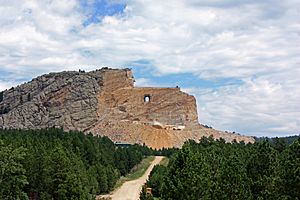 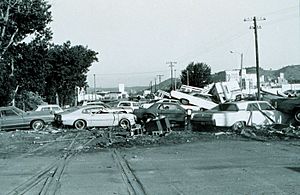 Cars jumbled together by the flood.

All content from Kiddle encyclopedia articles (including the article images and facts) can be freely used under Attribution-ShareAlike license, unless stated otherwise. Cite this article:
Timeline of South Dakota Facts for Kids. Kiddle Encyclopedia.