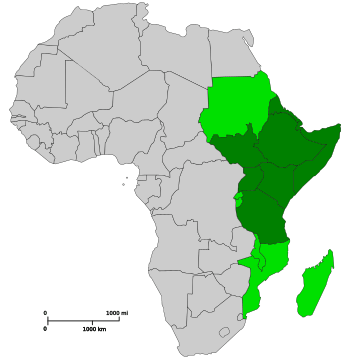 East Africa is the most eastern region of the African continent. There are different ways to describe the area East Africa covers - it can be defined by geography or countries. It has some of the earliest found fossils of humans.

All content from Kiddle encyclopedia articles (including the article images and facts) can be freely used under Attribution-ShareAlike license, unless stated otherwise. Cite this article:
East Africa Facts for Kids. Kiddle Encyclopedia.