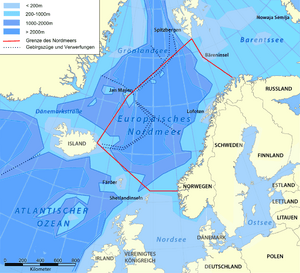 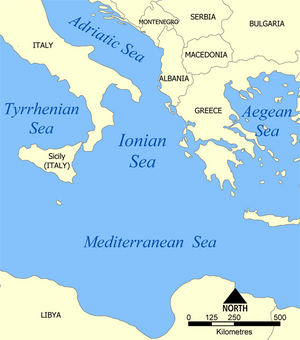 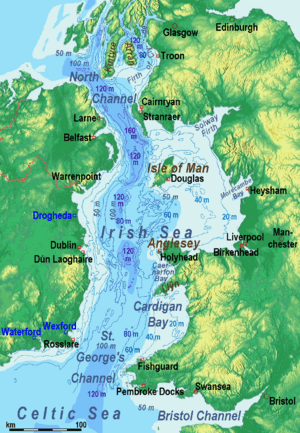 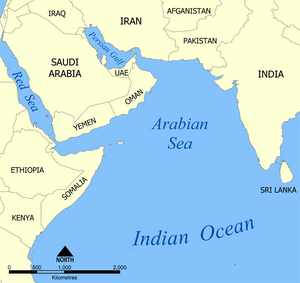 The Arabian Sea as a marginal sea of the Indian Ocean. 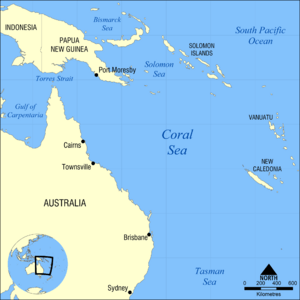 A sea is a large area of salt water which is part of an ocean, or a large, usually salt water, closed lake (for example, the Caspian Sea and the Dead Sea). For information about seas in general, see ocean.

Seas which have land around them (these are landlocked)

Seas which are not on Earth

Lunar maria are very big areas on the Moon. In the past, people thought they were water and called them "seas".

Scientists think that there is liquid water under the ground on some moons, for example Europa.

Scientists also think that there are liquid hydrocarbons on Titan, but a better name is "lakes", not "seas".

All content from Kiddle encyclopedia articles (including the article images and facts) can be freely used under Attribution-ShareAlike license, unless stated otherwise. Cite this article:
List of seas Facts for Kids. Kiddle Encyclopedia.