2022 (MMXXII) was a common year starting on Saturday of the Gregorian calendar, the 2022nd year of the Common Era (CE) and Anno Domini (AD) designations, the 22nd year of the 3rd millennium, the 22nd year of the 21st century, and the 3rd year of the 2020s decade. In February, Russia invaded Ukraine. This led to international sanctions on Russia, more than 4.3 million Ukrainians to leave causing a refugee crisis and the largest armed conflict in Europe since World War II. 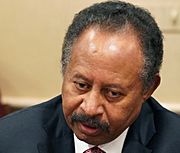 On 5 January, mass protests begin in Kazakhstan causing the country's government to resign

On 8 January, a rockfall in Capitólio, Brazil kills ten people

On 15 January, an eruption of Hunga Tonga happens in Tonga, becoming the largest volcanic eruption of the 21st century

On 18 January, MEP from Malta Roberta Metsola is elected the President of the European Parliament

On 29 January, Sergio Mattarella is re-elected President of Italy

On 4 February, the 2022 Winter Olympics begin in Beijing, China

On 14 February, Canadian Prime Minister Justin Trudeau uses the Emergencies Act to stop the convoy protests across the country

On 15 February, mudslides and floods in Petrópolis, Brazil kills over 220 people

On 27 February, Russia is criticized for civilian deaths and the use of cluster bombs and thermobaric weapons during the Battle of Okhtyrka

On 2 March, Russia takes control of the Ukrainian city of Kherson, a major Black Sea port

On 3 March, the Zaporizhzhia Nuclear Power Plant in Ukraine is attacked by Russia and catches on fire

On 3 March, former Mayor of Yerevan Vahagn Khachaturyan is elected the 5th President of Armenia 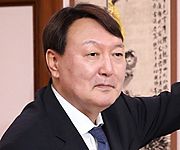 On 9 March, the wreckage of the Endurance which sank during the Imperial Trans-Antarctic Expedition in 1915, is found in the Weddell Sea in Antarctica

On 11 March, Gabriel Boric is inaugurated as Chile's 36th President

On 16 March, an earthquake in Fukushima, Japan kills 4 people and injured over 190 people

On 3 April, Prime Minister of Hungary Viktor Orbán is re-elected in a landslide victory

On 8 April, Russia attacks a train station in Ukraine with missiles that kills over 50 civilians

On 14 April, the Russian cruiser Moskva is sunk by Ukrainian forces in the Black Sea

On 6 May, the global monkeypox outbreak begins in the United Kingdom

On 9 May, Prime Minister of Sri Lanka Mahinda Rajapaksa resigns after two months of massive protests against his government

On 9 May, former Senator Bongbong Marcos is elected the 17th President of the Philippines in a landslide victory

On 21 May, Opposition Leader Anthony Albanese is elected Prime Minister of Australia

On 6 June, Prime Minister of the United Kingdom Boris Johnson survives a motion of no confidence by a 59% to 41% margin

On 19 June, Senator Gustavo Petro is elected the 34th President of Colombia

On 28 June, Turkey drops their objections for Finland's and Sweden's application to join NATO

On 7 July, Boris Johnson announces his resignation as Prime Minister of the United Kingdom
On 8 July, former Prime Minister of Japan Shinzo Abe is assassinated while speaking in Nara, Japan
On 13 July, heat waves across Europe break high temperature records and cause wildfires
On 14 July, Gotabaya Rajapaksa resigns as President of Sri Lanka after leaving the country due to nationwide protests
On 21 July, Mario Draghi resigns as Prime Minister of Italy after failing to create a coalition government
On 23 July, the World Health Organization declares the ongoing monkeypox outbreak a Public Health Emergency of International Concern

All content from Kiddle encyclopedia articles (including the article images and facts) can be freely used under Attribution-ShareAlike license, unless stated otherwise. Cite this article:
2022 Facts for Kids. Kiddle Encyclopedia.