List of cities and towns in Arizona facts for kids

Kids Encyclopedia Facts
(Redirected from List of cities in Arizona) 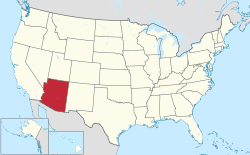 Map of the United States with Arizona highlighted

Arizona is a state located in the Western United States. There are 91 incorporated cities and towns in the U.S. state of Arizona as of 2010. Incorporated places in Arizona are those that have been granted home rule, possessing a local government in the form of a city or town council. The 2010 census put 5,021,810 of the state's 6,392,017 residents within these cities and towns, accounting for 78.56% of the population. Most of the population is concentrated within the Phoenix metropolitan area, with an 2010 census population of 4,192,887 (65.60% of the state population).

Photograph of a street near downtown Tucson, taken in 1880. Incorporated in 1877, Tucson is Arizona's oldest city.

The Arizona Constitution has, since its ratification in 1912, allowed for the creation of municipal corporations in any community with a population of 3,500 or greater. According to the constitution, a municipal charter cannot be created by special laws or by the legislature, but rather by the communities themselves as provided by general law. The population limit specified by the constitution was lowered by state law to a minimum of population of 1,500 for most locations, and further reduced to 500 for communities located within 10 miles (16 km) of a national park or national monument. State law further restricts the incorporation of new municipalities within urbanized areas, which are defined as a specific buffer zone surrounding existing cities and towns.

State law allows for the incorporation of a community as either a city or a town; the only additional requirement to incorporate as a city is a minimum population of 3,000. Cities and towns in Arizona function largely in an identical manner, but cities are provided with additional powers that a town charter does not provide, limited primarily to certain powers regarding the regulation of utilities and construction within the city limits. State law allows adjoining towns to merge and it allows a city to annex a town, but it does not allow cities to merge. Additionally, a town may change its form of government to a city upon reaching the minimum population of 3,000. There are, however, large communities that have remained incorporated as a town in spite of attaining a large population; Gilbert, with more than 200,000 residents, remains incorporated as a town.

Twenty Arizona municipalities were incorporated before 1912, when the state was admitted to the Union. As such, these cities and towns were incorporated by means other than those stipulated by current state law and the constitution. Phoenix, for example, was incorporated in 1881 by an act of the Territorial Legislature. 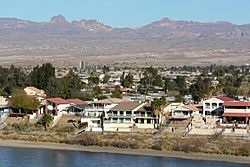 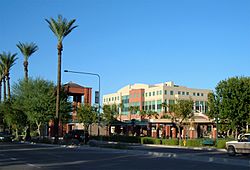 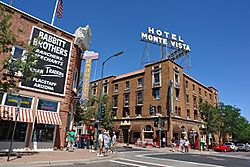 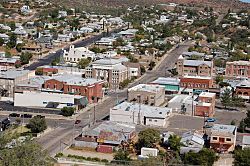 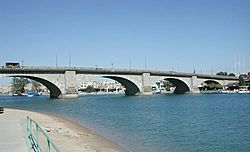 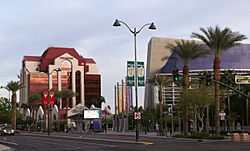 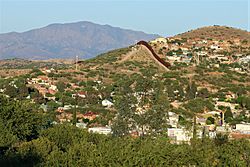 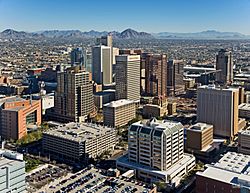 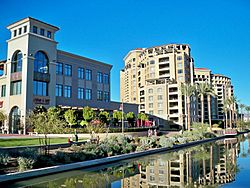 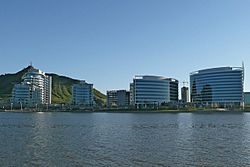 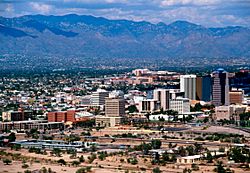 All content from Kiddle encyclopedia articles (including the article images and facts) can be freely used under Attribution-ShareAlike license, unless stated otherwise. Cite this article:
List of cities and towns in Arizona Facts for Kids. Kiddle Encyclopedia.