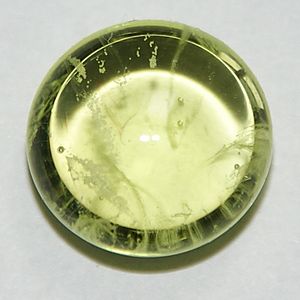 Praseodymium is a chemical element that has the symbol Pr on the periodic table. It has the atomic number 59 which means it has 59 protons in an atom. It is a soft silvery metal that can be used to make yellow-green salts. It is mixed with magnesium to produce strong metal used in aircraft engines. It can also be used to color green glass, and is in electrodes in lights. Praseodymium was first isolated (separated from other elements) in 1885 by the Austrian chemist Carl Auer von Welsbach. It is found in sands, called monazite sands, of Florida, California, India, and Brazil.

All content from Kiddle encyclopedia articles (including the article images and facts) can be freely used under Attribution-ShareAlike license, unless stated otherwise. Cite this article:
Praseodymium Facts for Kids. Kiddle Encyclopedia.