July is the seventh month of the year in the Gregorian calendar, coming between June and August. It has 31 days. July was named after Julius Caesar. The mid-way point of the year is either on July 2 or in the night of July 1-2.

In each hemisphere, it is the seasonal equivalent of January in the other hemisphere. In the North, it is summer and in the South it is winter.

In the Northern Hemisphere, July is often the warmest month of the year, and major sporting events and music festivals are held around this time. In the Southern Hemisphere, it is a winter month, with the coldest-recorded temperature having been measured in Antarctica in this month.

July's flower is a variety of the water lily. Its birthstone is the ruby. The meaning for the birthstone ruby is contented mind. Astrological signs for July are Cancer (June 21 - July 21) and Leo (July 22 - August 21).

In the old Roman calendar, July was called Quintilis, meaning Fifth Month because, in the old calendar, the year began in March. Augustus later renamed it July in honour of Julius Caesar, whose birthday was in this month. Augustus later also named the following month, August, after himself. 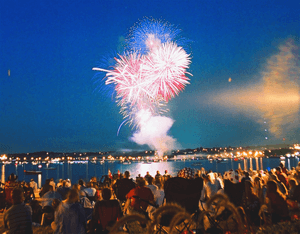 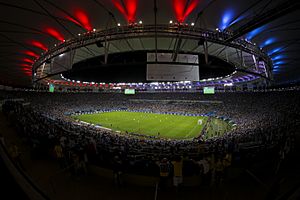 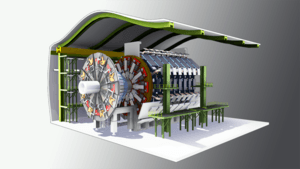 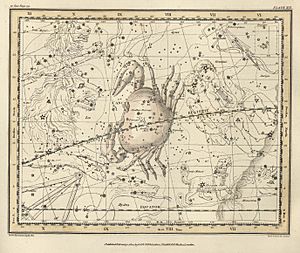 The constellation of Cancer

All content from Kiddle encyclopedia articles (including the article images and facts) can be freely used under Attribution-ShareAlike license, unless stated otherwise. Cite this article:
July Facts for Kids. Kiddle Encyclopedia.