February is the second month of the year, coming between January and March, with 28 days in common years, and 29 days in leap years. In Sweden in 1732 the month had 30 days. This was to make the calendar match the rest of the world. In 1930 and 1931, February had 30 days in the Soviet Union because the government changed all the months to be 30 days long. The name comes either from the Roman god Februus or else from "februa", the festivals of purification celebrated in Rome every fifteenth of this month. 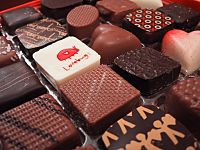 February is one of the last two months to be added to the calendar at the beginning of the year (the other is January). This is because in the original Roman calendar, the two months of winter, when not much would happen in agriculture, did not have names.

From circa 700 BC, when Numa Pompilius, the second king of Rome, added it to the calendar, February had 23 days and 24 days on some of every second year, until 46 BC when Julius Caesar assigned it 29 days on every fourth year and 28 days otherwise. Leap year Day, February 29, is added in every year that can be divided equally by four, such as 2012 and 2016, but this does not apply when the year ending in "00" at the turn of the century does not divide equally into 400. This means that 2000 was a leap year in the Gregorian calendar, but 1900 was not. This is where the Julian calendar calculated dates differently, as it always repeated February 29 every four years.

February is a winter month in the Northern Hemisphere and a summer month in the Southern Hemisphere. In each hemisphere, it is the seasonal equivalent of August in the other. In weather lore, Groundhog Day, in the United States, is set to decide what the weather will be like for the rest of the winter.

February's flower is the violet and its birthstone is the amethyst. The meaning of the amethyst is sincerity. The zodiac signs for February are Aquarius (January 21 to February 19), and Pisces (February 20 to March 20). 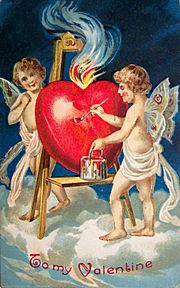 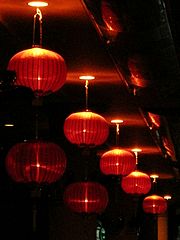 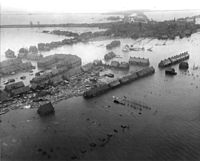 Flooding in the Netherlands on February 1, 1953.

The trail left by the meteorite over Chelyabinsk on February 15, 2013. 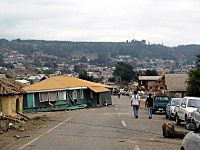 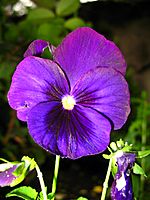 All content from Kiddle encyclopedia articles (including the article images and facts) can be freely used under Attribution-ShareAlike license, unless stated otherwise. Cite this article:
February Facts for Kids. Kiddle Encyclopedia.