January (Jan.) is the first month of the year in the Julian and Gregorian calendars, coming between December (of the previous year) and February (of the current year). It has 31 days. 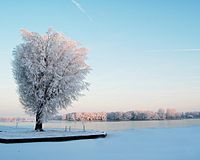 Snow in January in the Northern Hemisphere, where it is a winter month.

January is named for Janus, the Roman god of doors and gates.

January and February were put on the calendar after all the other months. This is because in the original Roman calendar, winter did not have months. Although March was originally the first month, January became the new first month because that was when people chose the new consuls (Roman leaders). The month has 31 days.

Every year, January both starts and finishes on the same day of the week as May of the previous year, as each other's first and last days are exactly 35 weeks (245 days) apart.

January's flower is the carnation with its birthstone being the garnet. The meaning of the garnet is constancy.

The first day of January is called New Year's Day. It is said that it became this date when Roman consuls took office on this day in 153 BC. Different calendars across Europe made this the start of the New Year at different times, as some observed it on March 25.

January 1 is celebrated the Solemnity of Mary, the Mother of God, that is a feast day of precept of the Blessed Virgin Mary. 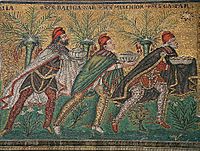 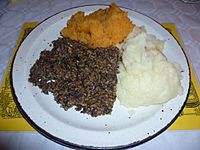 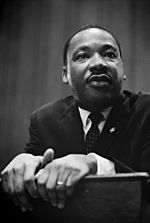 Martin Luther King, Jr. is commemorated in the United States on the Third Monday in January.

The Euro currency came into use in twelve EU member states on January 1, 2002. 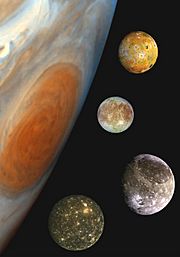 Photo Montage of the Galilean moons, discovered on January 7, 1610. 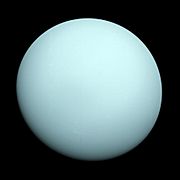 Statue of the Roman God Janus.

All content from Kiddle encyclopedia articles (including the article images and facts) can be freely used under Attribution-ShareAlike license, unless stated otherwise. Cite this article:
January Facts for Kids. Kiddle Encyclopedia.