List of Phineas and Ferb guest stars facts for kids

This is a list of guest stars who have appeared on the Disney animated musical comedy television series, Phineas and Ferb. Per Academy of Television Arts & Sciences guidelines, individuals appearing in more than half of a given season's episodes will be considered "recurring" and will not be included on the list. 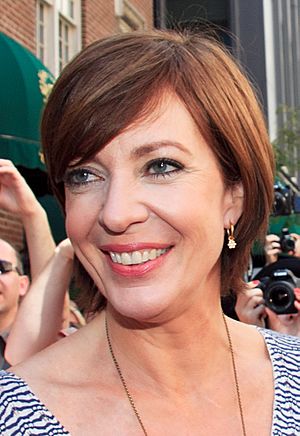 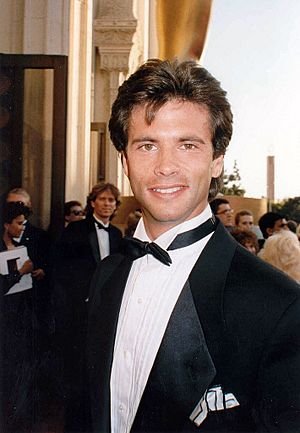 Soap opera star Lorenzo Lamas returns for his third and fourth times as the alien, Meap, during season 3. 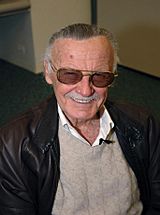 Superhero icon Stan Lee and horror icon George A. Romero each make an appearance during the final season. 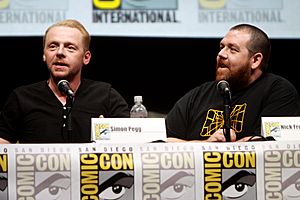 Simon Pegg and Nick Frost reprise their roles as Shaun and Ed from the 2004 comedy horror film, Shaun of the Dead in the 44th episode of the final season.

The following appeared as guest stars in Phineas and Ferb the Movie: Across the 2nd Dimension.

The following appeared as guest stars in Phineas and Ferb the Movie: Candace Against the Universe.

All content from Kiddle encyclopedia articles (including the article images and facts) can be freely used under Attribution-ShareAlike license, unless stated otherwise. Cite this article:
List of Phineas and Ferb guest stars Facts for Kids. Kiddle Encyclopedia.