This is a list of selected Australian islands grouped by State or Territory.

Australia has 8,222 islands within its maritime borders. 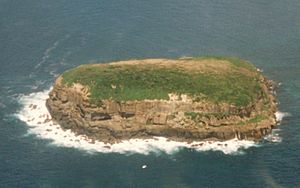 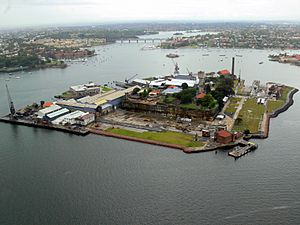 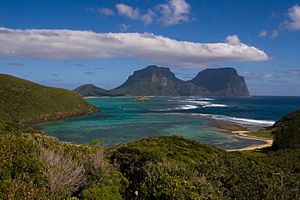 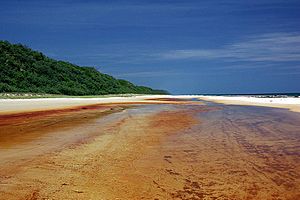 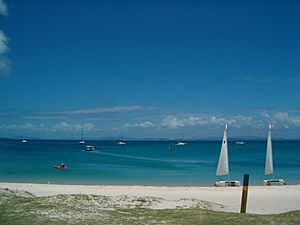 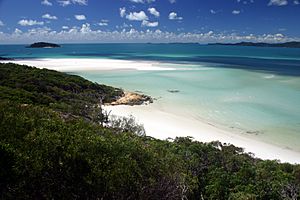 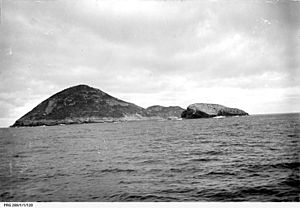 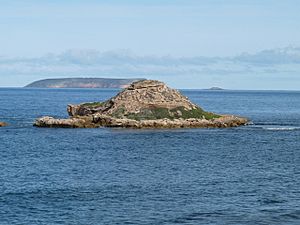 Chinamans Hat Island as viewed from the nearby coastline 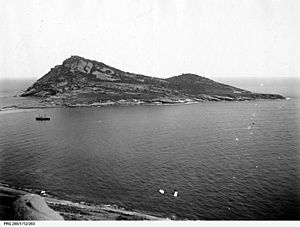 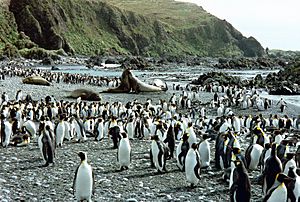 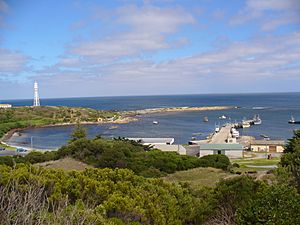 Tasmania is a large island state off the south coast. The main island (which includes 94% of the state's land area) does not have a defined name but is often referred to as the "Tasmanian mainland". 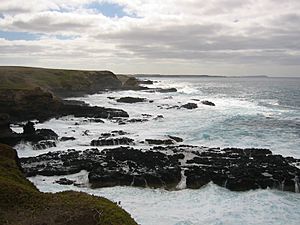 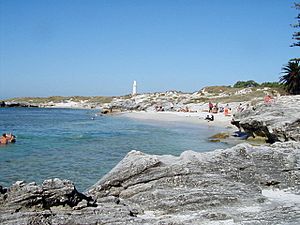 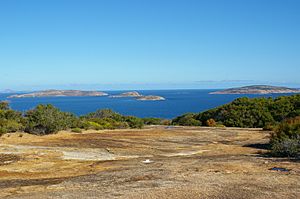 View of the Recherche Archipelago from Dempster Head 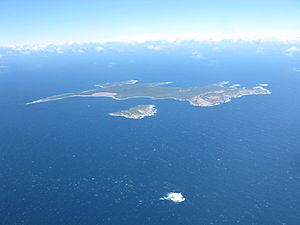 Over 1,000 islands have been gazetted – only the island groups and major islands are listed. 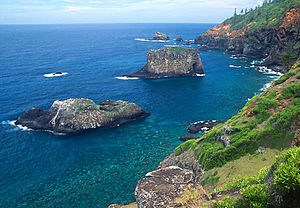 All content from Kiddle encyclopedia articles (including the article images and facts) can be freely used under Attribution-ShareAlike license, unless stated otherwise. Cite this article:
List of islands of Australia Facts for Kids. Kiddle Encyclopedia.