List of sister cities in Florida facts for kids

This is a list of sister states, regions, and cities in the U.S. state of Florida. Sister cities, known in Europe as town twins, are cities which partner with each other to promote human contact and cultural links, although this partnering is not limited to cities and often includes counties, regions, states and other sub-national entities.

Florida jurisdictions often partner with foreign cities through Sister Cities International, an organization whose goal is to "promote peace through mutual respect, understanding, and cooperation." Sister cities interact with each other across a broad range of activities, from health care and education to business and the arts.

The lists below were compiled from the official Sister Cities International website (unless noted), corrected on orthography and region listed. Sisters Cities will recognize cities only when the partnership is filed with them and remove relationships when one of the involved cities makes a formal request. Partnerships can be active, inactive (no actions taken from any of the partners for some time) or officially canceled. The list below has relationships in all three statuses. Examples of canceled partnerships are Hialeah-Managua and West Miami-León, Nicaragua, canceled because of political differences during the Sandinista regime; Hollywood-San Salvador, canceled as a protest against the Salvadoran Civil War; and Boca Raton-Spandau Borough, Berlin. Years can be approximate; in this case the number is followed by "~". The year listed will be the first date that the relationship is mentioned in media articles. 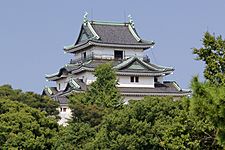 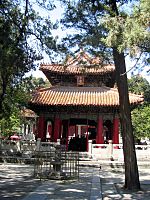 Qufu, China is a sister city to Boynton Beach and a UNESCO World Heritage Site.

Antigua Guatemala is one of eight sisters to Coral Gables.

Acre, Israel, mentioned in the Amarna letters, is sister to Deerfield Beach.

Gainesville is sister to the capital of Honduras, Tegucigalpa.

Gdańsk is the only Polish city sister to Florida cities.

Miami's sister, Santo Domingo, had the first cathedral in the New World.

Pescara is one of eleven Italian sisters to Florida cities and counties.

São Paulo is the biggest Brazilian city and sister to Miami-Dade County. 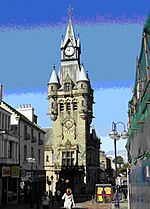 Dunfermline was founded by the Culdees and is related to Sarasota.

Avilés has an active relationship with Saint Augustine since 1963. 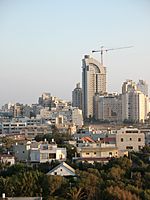 Netanya is the only sister of Sunny Isles Beach.

Spanish Oviedo is related to Tampa.

...to its Floridian counterpart Inverness.

Dahuk is the only Iraqi city in the Florida list. 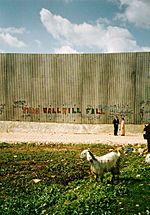 Founded in 580 BCE, Agrigento is sister to Tampa.

Gold Coast is a coastal city like its sister Fort Lauderdale.

Vladimir, one of the oldest cities in Russia, is linked to Sarasota.

All content from Kiddle encyclopedia articles (including the article images and facts) can be freely used under Attribution-ShareAlike license, unless stated otherwise. Cite this article:
List of sister cities in Florida Facts for Kids. Kiddle Encyclopedia.