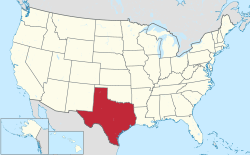 Map of the United States with Texas highlighted 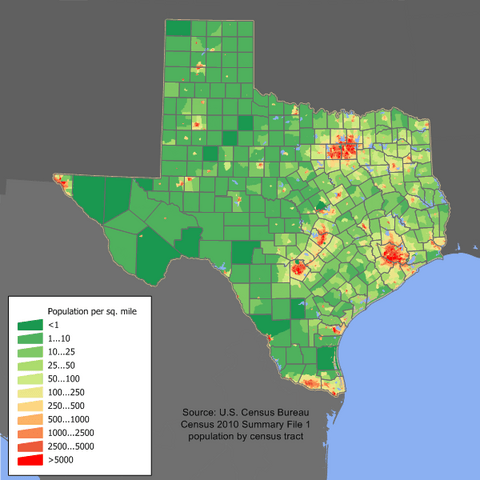 In Texas, cities are either "general law" or "home rule" cities. Cities governed under general law have only specific powers granted by state law. A city with a population exceeding 5,000 may seek home rule status by voter approval (and will maintain said status even if the population later falls below 5,000); said status allows more flexibility in local governance (those cities have powers not otherwise prohibited by the Texas Constitution or state law).

Although some municipalities in Texas refer to themselves as "towns" or "villages", these names have no specific designation in law.

All content from Kiddle encyclopedia articles (including the article images and facts) can be freely used under Attribution-ShareAlike license, unless stated otherwise. Cite this article:
List of cities in Texas Facts for Kids. Kiddle Encyclopedia.